Bay area music legends Sammy Hagar and Bob Weir are joining forces for the fifth annual "Acoustic-4-A-Cure" benefit concert on May 15 at The Fillmore in San Francisco. "Acoustic-4-A-Cure V" will be a special 75th birthday celebration for blues icon Taj Mahal, with artists including Joe Satriani, Chad Smith, Michael Anthony, Kevin Cronin, Eddie Money and Vic Johnson already confirmed to perform. The 2018 concert blends veterans and newcomers to the event, with Bob Weir stepping in to co-host the concert which benefits The Pediatric Cancer Program at UCSF's Benioff Children's Hospital.

"I was a fan of Taj Mahal long before I had a record deal in MONTROSE 1973," said Sammy Hagar. "He's become a dear friend over the years and without a doubt, is one of the few living blues legend left on this planet!!! Having Bob Weir, being on the same page, understanding how important and how much fun this will be much less with a bunch of great artist, for a good cause!!!! It doesn't get any better than this annual event."

Tickets will go on sale Friday, March 30 at 10 a.m. PDT via LiveNation.com. Tickets will not be available at The Fillmore box office, charge by phone or outlets.

Tickets are priced as follows: $150 each for a general admission ticket which this year also include a commemorative poster. 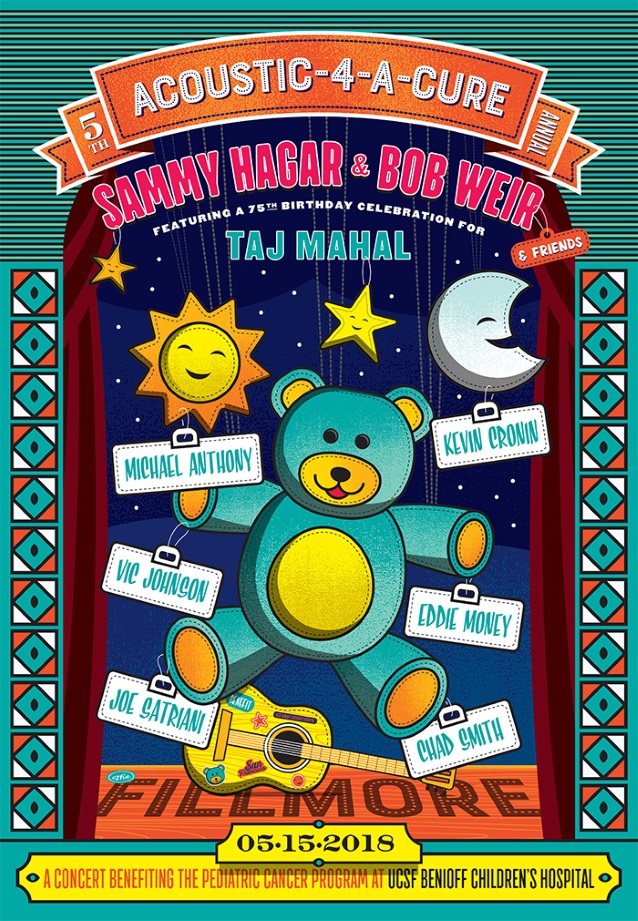