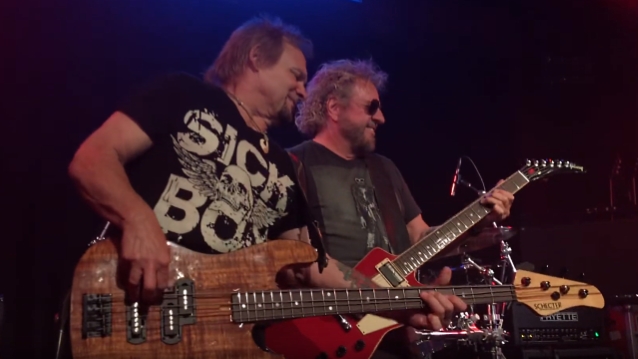 THE CIRCLE, Sammy Hagar's critically acclaimed supergroup also featuring Michael Anthony, Jason Bonham and Vic Johnson, played a special intimate show last night (Tuesday, May 7) at the Troubadour in West Hollywood, California. The concert was recorded for broadcast on SiriusXM's Channel 101. The broadcast is scheduled to run on May 10, the release day of THE CIRCLE's debut album of original material, "Space Between".

Fan-filmed video footage of last night's show can be seen below (courtesy of Alex Vigil).

Hagar told the Broward Palm Beach New Times last year about the lyrical themes covered on "Space Between": "It's about the misconception that money is the root of all evil, because the truth of the matter is that it isn't money at all. You can feed the poor, you can heal the sick, you can make people happy, you can stop a war with money, but it's greed that is the problem. That's what the whole record is about. It's what I discovered by being both rich and poor."

SAMMY HAGAR & THE CIRCLE kicked off its 23-city North American on April 19 in Reno, Nevada and will end it on June 7 in Chicago, Illinois.

Formed in 2014, the acclaimed supergroup quickly established itself as one of the most emphatic and exciting live acts on tour today, seamlessly ripping through career-spanning hits from MONTROSE, VAN HALEN, SAMMY HAGAR AND THE WABORITAS and LED ZEPPELIN.

BMG signed a worldwide label deal with SAMMY HAGAR & THE CIRCLE for "Space Between", and will also include select Hagar catalog titles. 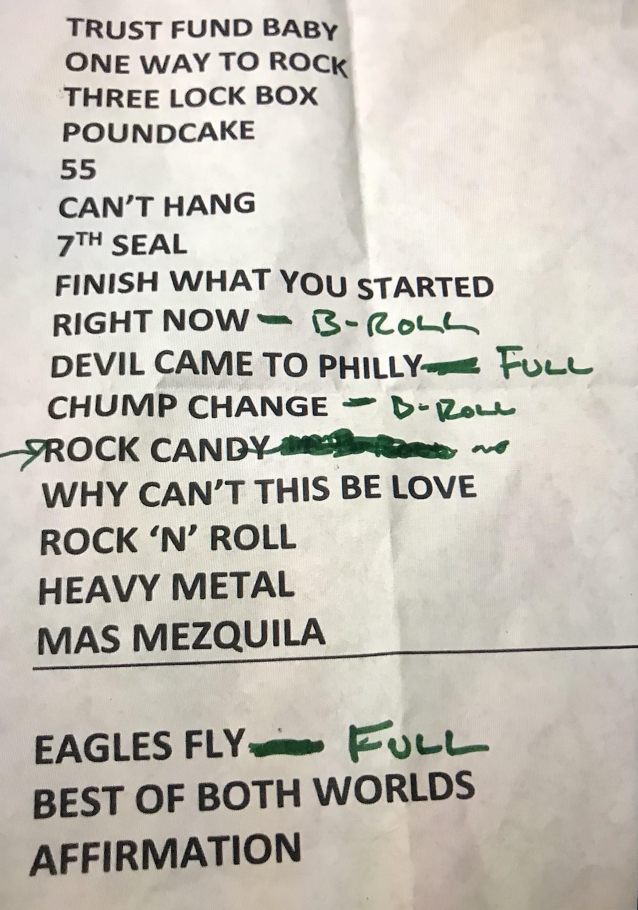 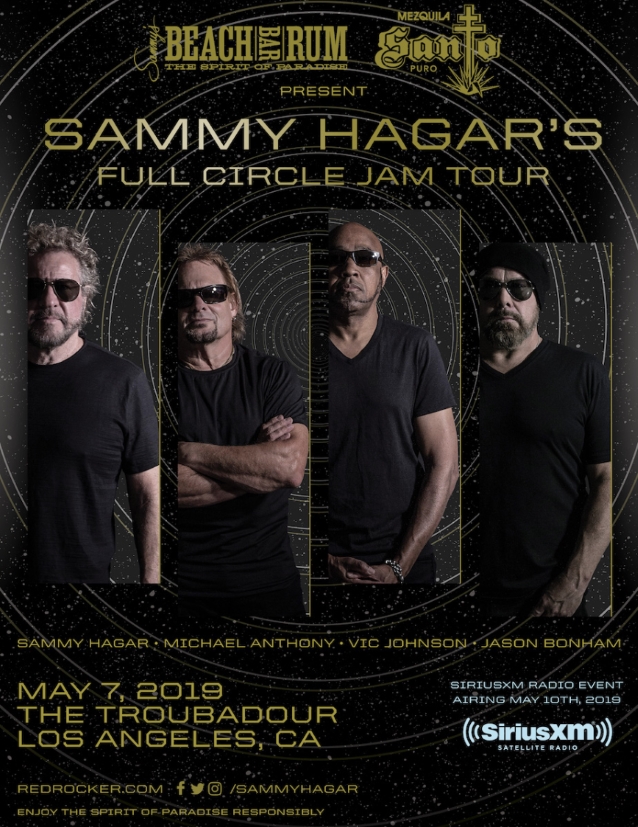