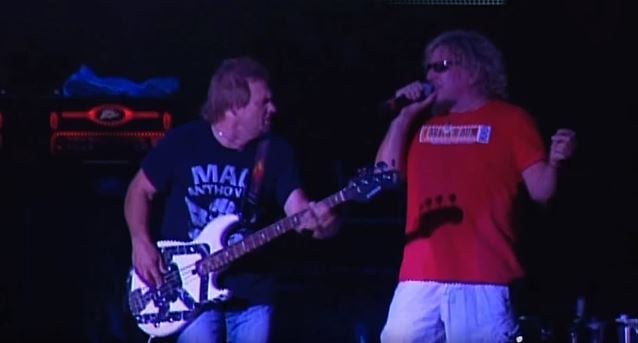 Sammy Hagar and THE CIRCLE, the critically acclaimed supergroup featuring Michael Anthony, Jason Bonham and Vic Johnson, has announced plans for a North American tour with COLLECTIVE SOUL this fall. Presented by Sammy's Beach Bar Rum, the tour kicks off September 10 at the Glen Helen Amphitheater in San Bernardino, California and will take the multi-platinum selling artists throughout the U.S. before their final stop at Hollywood Casino Amphitheatre in Maryland Heights, Missouri on September 30. Singer/songwriter Andrew Hagar will also join as a special guest for the fall tour. Tour itinerary follows.

* Dates with an * do not feature COLLECTIVE SOUL
^ Dates with an ^ are participating in the Live Nation Kickoff To Summer Ticket Promotion with a limited-time $20 ticket offer.

THE CIRCLE released a concert album, "At Your Service", in May 2015. Recorded live on tour in 2014, this release documents the blistering performance of a band on fire performing hits from Sammy's four decades of rock (MONTROSE, solo, VAN HALEN, THE WABORITAS, CHICKENFOOT) as well as classic tracks from the LED ZEPPELIN catalog.

After his stint as lead singer of MONTROSE, Hagar launched a successful solo career before joining VAN HALEN in 1985. During his time with the band, they notched four consecutive No. 1 albums before breaking up in the mid-'90s. 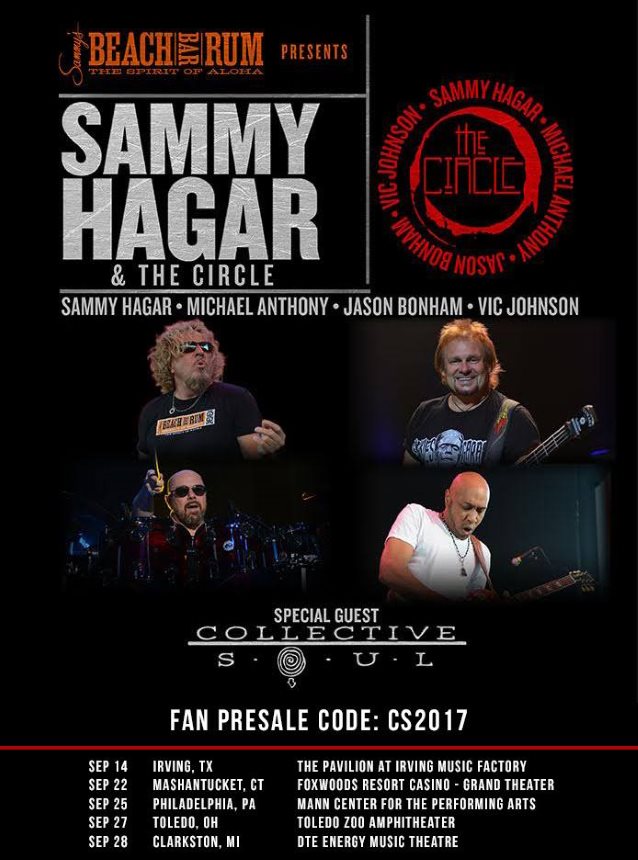