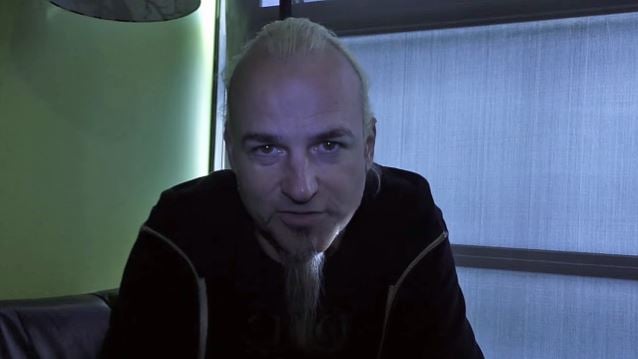 LoudTV.net conducted an interview with vocalist Michael "Vorph" Locher of Swiss metallers SAMAEL on April 25 in Lille, France. You can now watch the chat below. A few excerpts follow (transcribed by BLABBERMOUTH.NET).

"Right now, actually, we're still working on the new album. But we've got this formula that we sell to festivals this summer, playing [1994's] 'Ceremony Of Opposites' in its entirety. We did that already in Canada for four shows, and we're gonna do this next month in Switzerland. I think it's working well. What is interesting somehow is that we've got a new lineup, we've got a new bass player [Thomas 'Drop' Betrisey], and it's kind of interesting to revisit all the history together and be ready to make the next step."

On the departure of bassist Christophe "Mas" Mermod:

"You probably that he's working with a lot of different bands as a technician. He's got a company, and his wife is also working there, in Switzerland. So he was taking more and more time off, his schedule, and we had a conflict of schedule on a few occasions, and we kind of decided together that it was the best solution for both."

On whether SAMAEL's next album will be released through Nuclear Blast in Europe again:

"We did sign for a couple of albums. Actually, we own the rights since [2004's] 'Reign Of Light', so it's always like a licensing deal that we're doing. For the last album [2011's 'Lux Mundi'], that was Nuclear Blast in Europe and Season Of Mist in America. And this time we don't know yet, 'cause obligations, somehow, with Nuclear Blast are over. But, personally, I would be fine to do the next album [with] them. I don't know what's gonna be the option. We'll discuss this once we've got everything [ready to go]."

On the fan response to "Lux Mundi":

"The idea was, especially with 'Lux Mundi', to, kind of, cover everything we've done so far and have an album that represents us at this time. We tried to do this already with [2007's] 'Solar Soul' somehow, but I think 'Lux Mundi' goes further than that and, kind of, [encompassed] the whole thing. So there's no need to do that again. I mean, this idea for the new album is to make a new step, and we wanna have some new material, new ideas there. It will not be totally different, but, definitely, there will be some surprises."

On the progress of the songwriting sessions for the new SAMAEL album:

"The songs, they're almost finished. We need to record them, and to have the last touch, so to speak. But we've got the material for almost a year now. But Xy [Alexandre 'Xytras' Locher; drums] was working on different projects — he did some classical music for the city where we come from, and he had, kind of, a spectacle of lights and sounds. And they're gonna play this again this year, I think. So that, kind of, delayed the whole thing."

On when fans can expect to see the next SAMAEL album released:

"Well, let's see when it's recorded. I mean, the idea will be to record it… It won't be before the summer, but maybe during the summer, or just after. And then we'll see. I could imagine to have this early next year, or around this time [in 2016]." 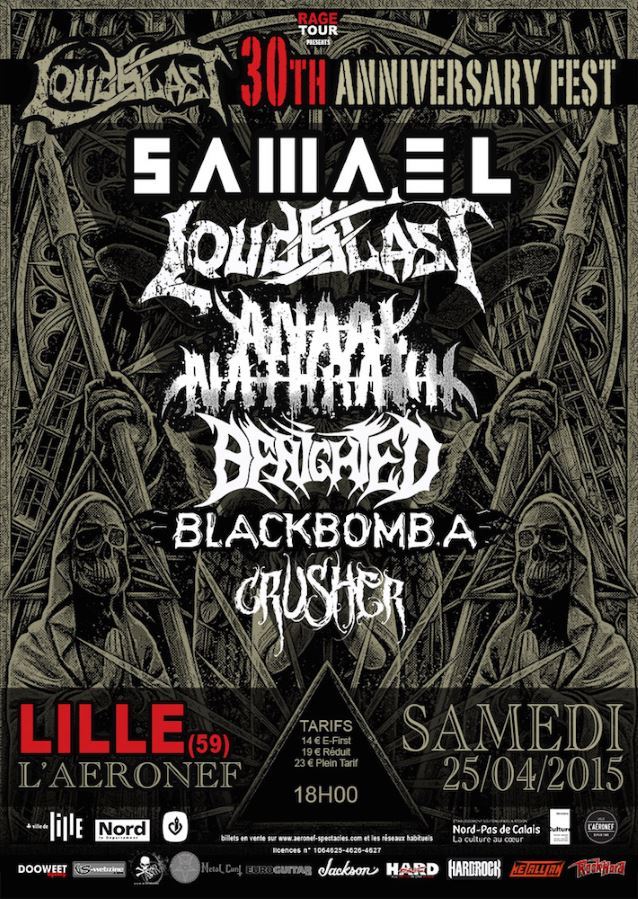