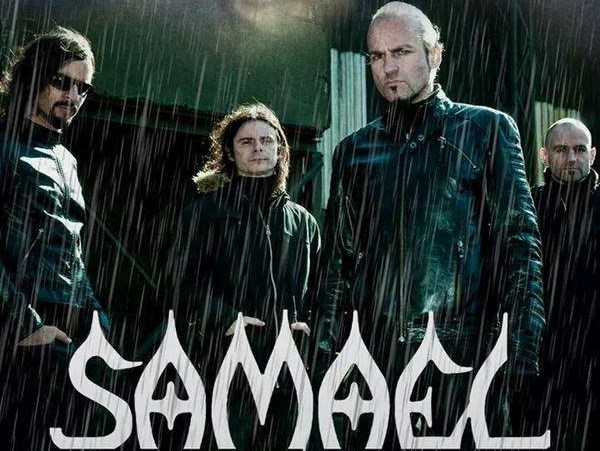 Says SAMAEL in a statement: "The ever-growing success of Mas' lightshow company and his numerous jobs as light engineer has led to the hard decision to take different paths.

"We're excited to announce the recruiting of Drop as our new bass player.

"Drop has already played a few shows with SAMAEL as a fill-out musician last year and now we're happy to welcome him as a permanent member of the band.

"Over the past decade, Mas has been responsible for the light show of numerous bands, including CARCASS, ARCH ENEMY, AMON AMARTH, DIMMU BORGIR, IN FLAMES…

"We wish Mas lots of success and satisfaction in the years to come and thank him for all the great time we spent together!"

"Lux Mundi", which took almost three years to be completed, was recorded after the band spent a few days in pre-production in Germany with with longtime collaborator Waldemar Sorychta (MOONSPELL, LACUNA COIL, TIAMAT, GRIP INC.). The actual recordings took place in two different locations in Switzerland and the mix was handled by extreme metal specialist Russ Russell in Kettering, England.