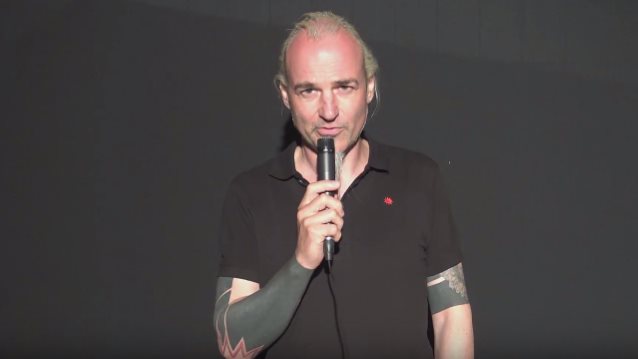 Serbia's Agoraphobic News conducted an interview with frontman Vorph (real name: Michael Locher) of Swiss industrial metallers SAMAEL prior to the band's July 6 appearance at the Exit festival, which was held July 5-9 in Novi Sad, Serbia. You can watch the full interview below. A few excerpts follow (transcribed by BLABBERMOUTH.NET).

On the early days of the Swiss metal scene:

Vorph: "I remember there were not many bands. The bands that still exist today, CORONER, they were around, CELTIC FROST doesn't exist anymore, but they got the project TRIPTYKON, which is going strong. That was almost about it. There was a huge thrash metal band, APOCALYPSE, maybe you heard about them. It was not as many bands as there are today. Today, it's richer."

On whether he considers SAMAEL a pioneering black metal band:

Vorph: "I don't see ourselves as pioneers. We're still today, trying to come up with something that is fresh and interesting. It's not like we've done something that is so important where we have a legacy behind us."

On the band's 1994 breakthrough album, "Ceremony Of Opposites":

Vorph: "I like it. It's probably an important album for us and we had the twentieth-anniversary thing and we did play the whole album for a couple of years. Yeah, that was great to come back to those songs. Some of them we haven't played in a long time. We'll actually play a few tonight."

On why SAMAEL gradually shifted their sound from black metal to industrial:

Vorph: "We were looking for something fresh and interesting for us, and we're still looking for something that is new for us. We got a wide range of music that we like. We just pick it up here and there and try to make our own mix. I guess there is probably some elements that define our music; I don't know what they are."

On whether he's proud of the band's black metal roots:

Vorph: "I have no issue with that. That was the music I was attracted to when I was younger. I was a bit narrow-minded at the time, but yeah, it's part of my life and it's kind of a backbone. It's the start of our band, so yeah, it is important."

On the importance of keyboards in SAMAEL's sound:

Vorph: "[They are] very important. I think since we started composing with 'Ceremony Of Opposites', it was still more guitar-oriented, but then you had songs that started with keyboards and drums, then the guitars are just an addition to it. It depends. There's a song like 'Rain', which is guitar-driven or a song like 'Ceremony Of Opposites', which is more keyboard-oriented. It depends."

Vorph: "It was the idea that democracy can sometimes turn wrong. It was not like we were seeing the future, but, I don't know how to explain much. I guess people understand it's not a perfect system, democracy, even though I don't know any system which is better at this point. Well, there is danger to it as well. We just should be aware of it and keep our eyes open."

On the song "A Man In Your Head", which appears on "Ceremony Of Opposites":

Vorph: "That was a parallel between religion and [dictatorships]. I think religion is a dictatorship; it brainwashes people. It gives a narrow-minded approach to life. It's more about separating people from each other than bringing them together. Yeah, I just made the parallel between that."

On the band's latest single, "Angel Of Wrath":

Vorph: "It is more like a fantasy song, but it's kind of a mix between some deeper meaning, maybe for us, as the name of the band is SAMAEL, it is the angel of wrath. We wanted to have something maybe to connect back to the past and start fresh. That's why we chose that one first. The new album will be more wide than just this song."

On the band's forthcoming "Hegemony" album:

Vorph: "I think it's kind of wide [sounding]. There's faster songs… probably 'Angel Of Wrath' is one of the heaviest. We have more mid-tempo songs. We try to have variation. I hope it is a varied album."

"Hegemony" will be released on October 13 via Napalm Records.

Founded in 1987 as an old-school black metal act that was influenced by the likes of BATHORY, fellow countrymen CELTIC FROST and VENOM, Vorph and drummer Xy later developed the band's style further towards a more industrial dark metal sound that found its previous high peak in those legendary albums such as "Passage" and "Eternal". 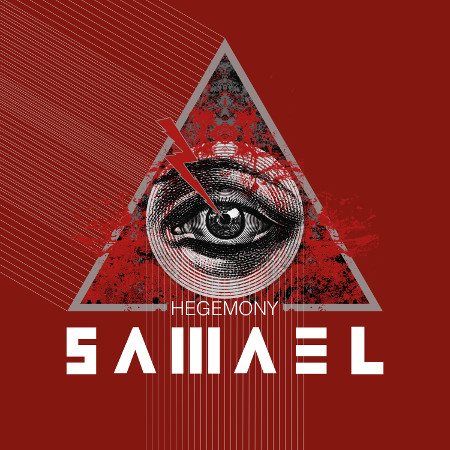 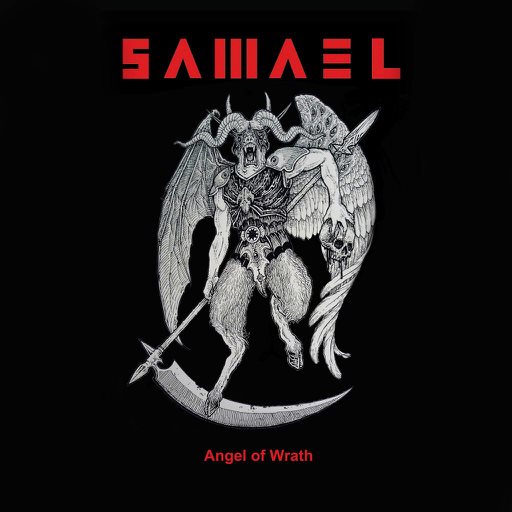