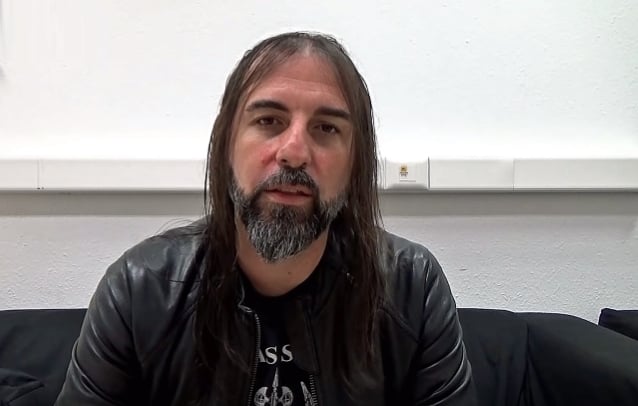 Impact metal channel conducted an interview with frontman Sakis Tolis of Greek extreme metal veterans ROTTING CHRIST prior to their November 7 concert at Barba Negra Music Club in Budapest, Hungary. You can watch the entire chat below. A few excerpts follow (transcribed by BLABBERMOUTH.NET).

Sakis: "We have our new album almost ready. It's actually ready and the release will be February 2019, which means in three months from now. It's called 'The Heretics', and it has to do with the middle-ages era. It's atmospheric and ROTTING CHRIST, that's all. We are not that band that can change the world nowadays musically — leave that to the new kids. At least we are a band that prepares good, quality albums. I think we have created quite the quality album."

On where he looks for inspiration:

Sakis: "I read a lot, like I did for the new album we are about to release very soon. I read especially stories about mythological things to get an idea. I find this era in history and mythology interesting to take inspiration from. When I'm happy, I do not compose. When I'm not happy, I'm very spiritual, I feel like, 'All right, I have to say something.' With the new album I have just finished, I think I wrote more than ever. I think I have created quite a historical [themed] album."

On the band's greatest milestones and most challenging periods:

Sakis: "The challenging periods I can say nowadays because you grow up and sometimes you feel like this is quite tiring, exhausting, like 'What are you doing?' It's quite the challenge how far we can go with this. On the other hand, we know our purpose in this life. We're here to play metal music and we'll do it until the end. Of course, we must like it. That's the challenge. You must be strong to provide every night the best of us. The milestones…I don't know. It can be everything. We have played so many shows in our life. We have played so many tours, released many albums. The milestones can be that we're here, for instance. You can say our music can speak to your soul."

Sakis: "I think as a person, I'm quite a creative person. I always wanted to have step-ups in my life and creativity. I have the same friends, I have the same social life. When I step out to talk about art, it's like I would like to take a step-up. I try, at least to not be stable. I would like to provide new [sounds], expand and experiment a lot with my music and sometimes people accept it, sometimes not. We're always here and we're trying to open some new doors in the metal [scene]."

On why extreme music resonates well with the spiritually-inclined:

Sakis: "We are all spiritual. Spirituality, is for us, is the most important thing for us to grab the guitar and play music. I think all metal kids are like this in extreme music, at least."

On what he feels when listening to ROTTING CHRIST or performing onstage:

Sakis: "I don't listen to my own music. Of course, I listen sometimes, but usually I don't because I feel like I did that [already]. For instance, for the new album, I was working on it for more than a year. I listened to the songs more than one thousand times. As long as they are done, I'm okay. You must find yourself every night [when performing live]. I must find myself. I have to have a kind of meditation of where I am, why am I here? It's not that easy to do that, to pick up your mind and go straight to the stage. I'm the person that is responsible, so when someone pays for a ticket, I would like to do my best."

On what he's most proud of regarding Greek culture:

Sakis: "I'm proud of everything not only about my nation, but sure, I love the place in which I live. I love its historical past and the ancient stories we used to listen to since we were kids. Definitely I'm proud, for instance, when someone tells me in Greek, because the Greek language is one of the few ancient languages that is more or less still alive, so someone says something to me in Greek [speaks in Greek], I feel proud that someone took the time from his life to learn some of my own language."

"The Heretics" will be released February 15 via Season Of Mist. The artwork for the disc created by Greek artist Maximos Manolis. 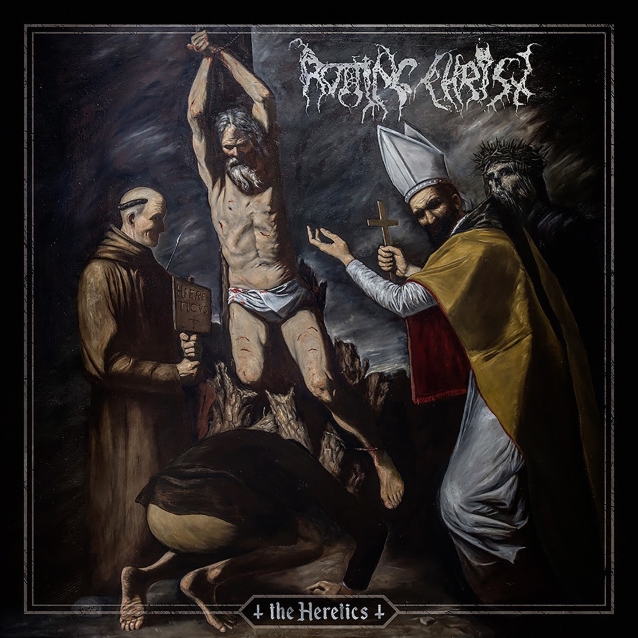