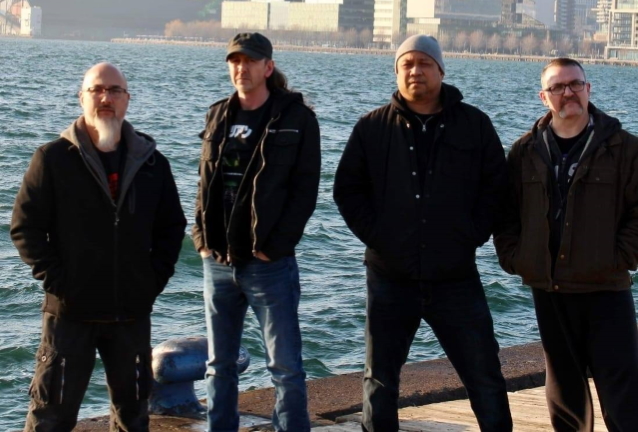 Canadian thrash metal veterans SACRIFICE have released a demo version of a new song called "World War V". Check it out below.

The band said: "[Here is] a small sampler of what we've been up to since the travel bans came into effect. Across the continent from our homes to yours. Enjoy."

War On Music Records released "The Ones I Condemn", the latest album from SACRIFICE, on vinyl for the first time in March 2010. It was made available as a limited-pressing gatefold LP. The first three albums from SACRIFICE — "Torment in Fire" (1986), "Forward to Termination" (1987) and "Soldiers Of Misfortune" (1990) — were also re-released on vinyl via War On Music Records in February 2010.

"The Ones I Condemn" was made available in July 2009 via Brazil's Marquee Records. The CD was recorded at Rouge Valley Studio in Toronto, Ontario with engineer Darius Szczepaniak, who had previously worked with I MOTHER EARTH, SUM 41 and EDWIN, among many others. Guest musicians on the album included Jed Simon (ZIMMERS HOLE, TENET, STRAPPING YOUNG LAD, ARMOROS), who "[laid] down a total whammy-bar barrage," and the band's old Scarborough metal comrade Dave Hewson (SLAUGHTER, STRAPPADO), who lent some guest vocals to "The Devil's Martyr".

The Canadian version of "The Ones I Condemn", featuring an exclusive bonus track — a cover of RUSH's "Athem" — was made available in the USA through Relapse, Metal Haven Chicago, The End Records and Century Media mailorders.