In 1980, BLACK SABBATH recruited powerhouse vocalist Ronnie James Dio at the start of a new era for the band. "Heaven And Hell", the first studio album they released, is now regarded as one of the most iconic rock albums of the 1980s. Rolling Stone magazine voted the album No. 37 in the greatest heavy metal albums of all time.

This huge coffee-table book from Rufus Publications celebrates this era of the band right through to the HEAVEN & HELL project with a wealth of unseen pictures and memorabilia and with a linking text from rock journalist Howard Johnson, who interviewed Tony Iommi and Geezer Butler to discuss this era. With more than 440 pages, this is an epic illustrated record of one of metal's greatest bands.

"I first met Ronnie at our rehearsal house in Beverly Hills," Geezer recalled. "He arrived in this massive brown Cadillac that looked too big for him to drive. He seemed pleasant enough, but when he started singing, I was blown away — so much power in such a diminutive stature. He quickly got to work on some of the ideas we had and turned them into songs for what would become the 'Heaven And Hell' album."

The book has been put together with the full co-operation of the band and features pictures from Wendy Dio's own personal archive.

Ronnie's long-awaited autobiography, titled "Rainbow In The Dark: The Autobiography", will be released on July 27 via Permuted Press. 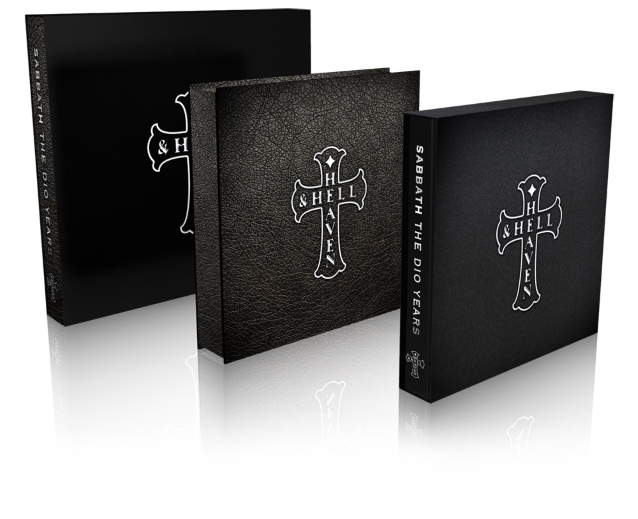