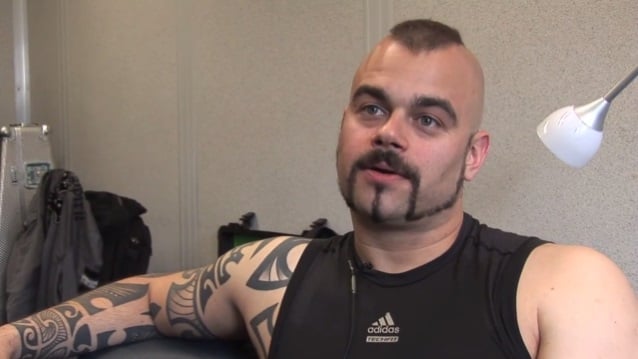 FaceCulture conducted an interview with vocalist Joakim Brodén of Swedish metallers SABATON on May 31 at the FortaRock festival in Nijmegen, The Netherlands . You can now watch the chat in two parts below.