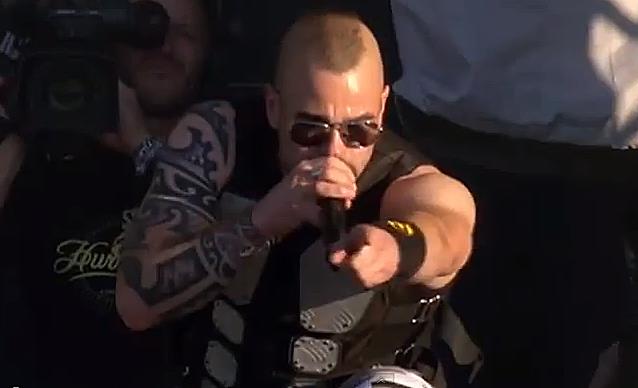 Professionally filmed video footage of SABATON's August 2 appearance at the Wacken Open Air festival in Wacken, Germany can be seen below. Also included is an interview with SABATON vocalist Joakim Brodén conducted by the German TV channel ZDF Kultur.