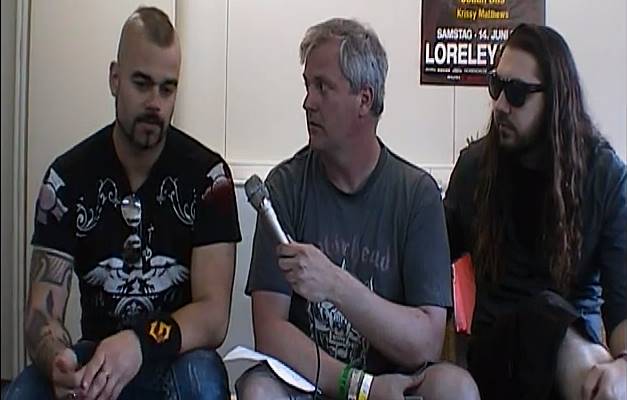 Skullbanger Media conducted an interview with Joakim Brodén (vocals) and Chris Rörland (guitar) of Swedish metallers SABATON on June 19 at Metalfest in Loreley, Germany. You can now watch the chat below.