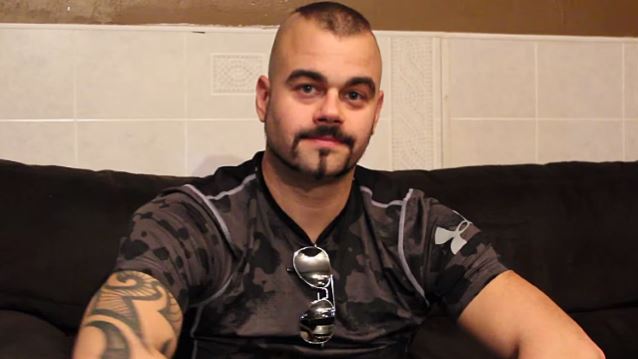 The Age Of Metal recently conducted an interview with vocalist Joakim Brodén of Swedish metallers SABATON. You can now watch the chat below.

Asked if it's difficult putting a setlist together with a discography of seven studio albums, Joakim said: "Actually, especially when supporting, like now [on the current North American tour with NIGHTWISH], we've got 50 minutes — which is very generous, because most bands only 45 in the second slot, but NIGHTWISH were very kind enough to give us 50 — it is possible, but it is so hard, because you know people are gonna be disappointed. At least when you're headlining, you're gonna play 15 songs — between 15 and 18 — and you spread them out between the albums. On [this last] European headline tour, we actually had a minimum of one song from every album. Obviously, 'Heroes' had four of five [songs in the setlist], so pretty much half 'Heroes'… I mean, it does get harder and harder. But we noticed that if something disappears in the setlist for a year or two, it doesn't really get brought back up."

SABATON released a special, three-disc limited-edition deluxe version of its 2014 album, "Heroes", in the U.S. and Canada on April 7 via Nuclear Blast.

"Heroes" was certified gold in the group's home country for sales in excess of 20,000 copies.