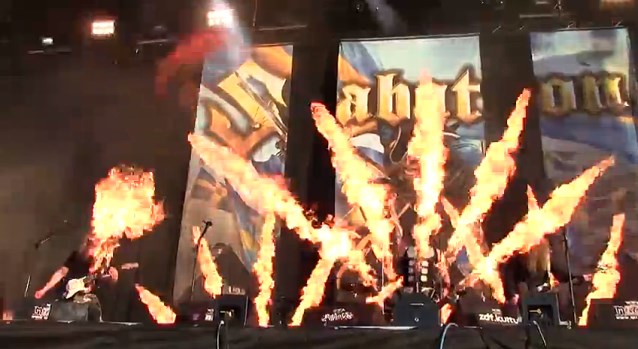 The second behind-the-scenes clip from SABATON's August 2 appearance at the Wacken Open Air festival in Wacken, Germany can be seen below.