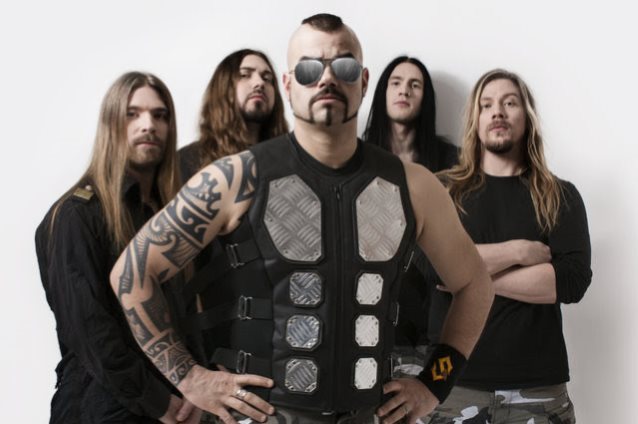 Swedish heavy metal heroes SABATON have announced the first dates for their massive European tour 2017. The band's biggest tour to date, "The Last Tour" is scheduled to kick off January 7 at König Pilsener Arena in Oberhausen, Germany. Very special guests are none other than heavy metal legends ACCEPT.

Says SABATON's bass player Pär Sundström: "We have just finished our new album, which is titled 'The Last Stand' and we know we have done a great album, which all fans of SABATON can appreciate for many years. If it is the best album of us, time will tell… But what we can tell for sure is that 'The Last Tour' will be the biggest and best tour of SABATON ever. It is the tour we have been looking forward to do for all these years!"

Added ACCEPT guitarist Wolf Hoffmann: "Accepting a tour with SABATON is the result of a very cool relationship we have with the band. It was a great pleasure to tour with them in USA and we followed their career with respect over the years. We have not seen a band who has such a clear vision where they want to go and it is rare that bands can translate their visions into real action. SABATON are a hard-working band and are a serious role model for aspiring musicians and young bands. We are looking forward to have an exciting tour — especially after we have been in the studio for a while and sure feel some kind of cabin fever…"

"The Last Tour" European tour 2017 (more dates to be announced):

SABATON's new album, "The Last Stand", will be released on August 19 via Nuclear Blast. The follow-up to 2014's "Heroes" was once again being produced by Peter Tägtgren (PAIN, LINDEMANN, HYPOCRISY) and it will "mark a brand new chapter in SABATON history," according to a press release.

Says SABATON bassist Pär Sundström: "We once work again with Peter Tägtgren in his newly upgraded and top-class Abyss studio in Sweden to record, produce and mix the album. The mastering will be done by Jonas Kjellgren who also works in the same building in nice Pärlby on the countryside of Sweden. Both 'Carolus Rex' and 'Heroes' was done in the same way and we feel very comfortable to return to the same place and people again. Fans will recognize the sound of the album as SABATON, but we really feel we took it a step forward this time."

The artwork for "The Last Stand" was created by Peter Sallaí, who has worked with SABATON since "Carolus Rex". Sundström explains: "We had the idea to make an image reflecting soldiers of different times representing the different historical battles we sing about on the new album. This only reveals a small part of the album topics though."

States SABATON vocalist Joakim Brodén: "The concept of a last stand has always fascinated me, and both me and Pär were 'all in excited' about the subject so it was an easy choice to make."

Adds Sundström: "We have always several ideas for albums to work with. Since there are countless different views and angles of war, we will, unfortunately, never run out of ideas. We kinda felt that the last stand was something perfect for SABATON. Something we really wanted to do. 'Heroes' was a perfect theme and 'The Last Stand' is right down our alley too. It was exciting to do the research." 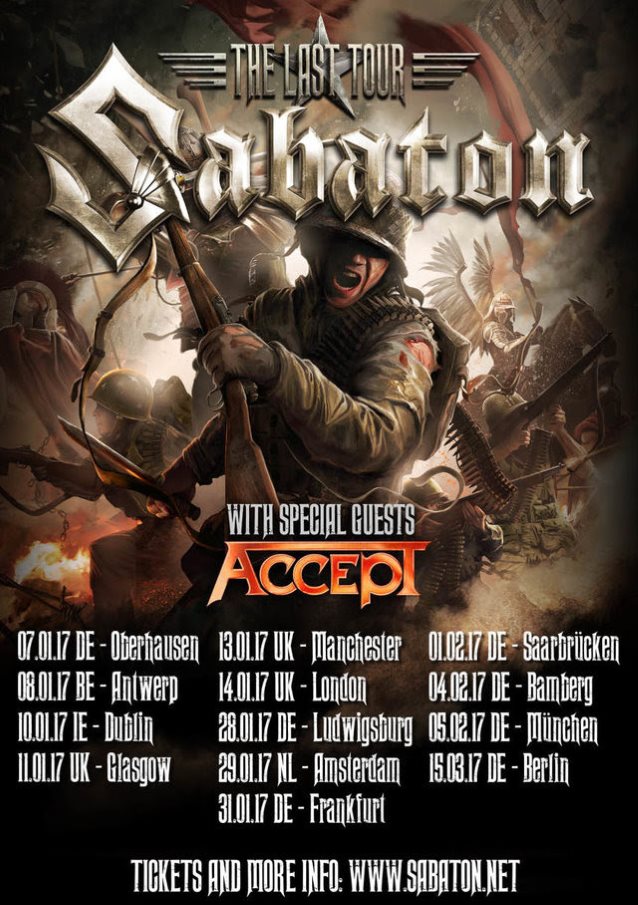