The hosts for the question-and-answer session will be previous RUSH producers Nick Raskulinecz and Peter Collins.

One ticket grants you admission and one copy of "Geddy Lee's Big Beautiful Book Of Bass" for Geddy to personalize. Candid photos are permitted, but not while at the signing table. Geddy will not sign memorabilia or instruments — only the book.

"Geddy Lee's Big Beautiful Book Of Bass" was released in December. The standard edition of the 408-page hardcover tome sells for $75 and showcases the bulk of Geddy's personal collection of bass guitars. 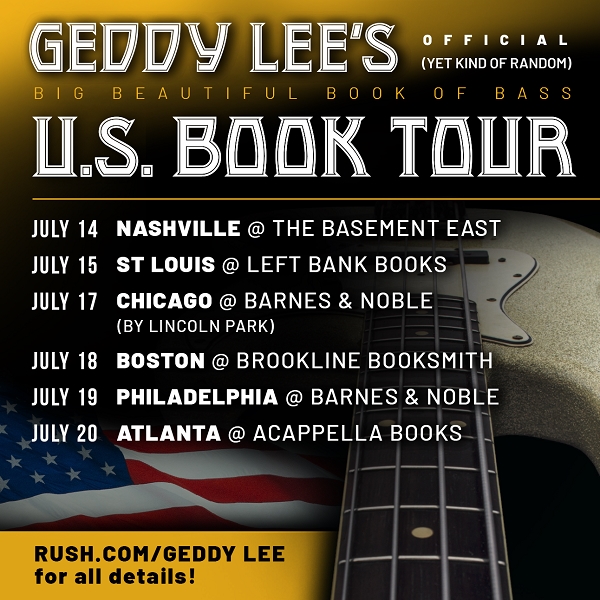