Canadian rock legends RUSH had both of their hometown Toronto performances — on June 17 and June 19 at the Air Canada Centre — professionally filmed and recorded for a future live DVD release. It is the first time the band had filmed a hometown concert in almost 20 years — since the recording of RUSH's 1997 show at the Molson Canadian Amphitheatre on the "Test For Echo" tour. Prior to that, they recorded the legendary "Exit…Stage Left" at Massey Hall in 1980.

The new RUSH set will be released on CD/DVD on November 20 via Zoe / Rounder Records / Concord Music Group.

Featuring almost three hours of footage, the release includes multiple songs that have either never been performed before or never been captured on video.

Unlike other concert DVDs where the looks is the same throughout, this show has an extremely extensive setup that changes multiple times throughout the show (as the set list moves back in time, the stage setup reflects the band’s stage setup from that period in their career).

The song "Roll The Bones" from the upcoming concert CD will be released on September 25 via all digital music outlets. The cover artwork for the single can be seen below.

Asked how he is feeling about the idea of retiring from the road, RUSH guitarist Alex Lifeson told The Canadian Press: "I have such mixed feelings about it. In one way, I feel relief. I think that 40 years is a long time to be touring the way we tour. I really like being home with my grandkids. At 61, I don't feel there's anything we need to prove."

He continued: "I still love playing. But in [drummer] Neil's [Peart] case, for example, his job is really tough. Playing the way he does is very, very difficult on his body. He has chronic tendonitis in his arms and he's had problems with his shoulders.

"It's just getting to the point, no matter how much we love doing it, that it's much more demanding and much more difficult."

Lifeson added: "I've always hated the idea of being one of those guys who's just up there, old and barely able to move — just doing it for fear of not doing it, or not making an extra buck or whatever.

"If this is the last major tour that we do, [I want to] go out with flying colors, where everybody remembers the show they went to as the best RUSH they've [seen].

"That's a nice legacy to leave behind — rather than the worn-out shadow of something you once were."

Out now is "R40", a RUSH video box set on six Blu-ray discs or 10 DVDs. The collection includes live footage from all four decades of the band's career, including over two hours of previously unreleased material, a rare performance of "2112" in its entirety, three previously unreleased tracks from 1974, and more. 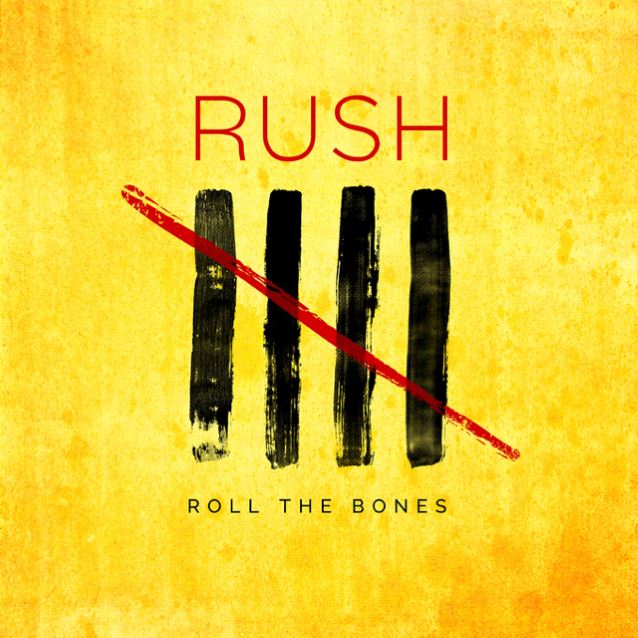