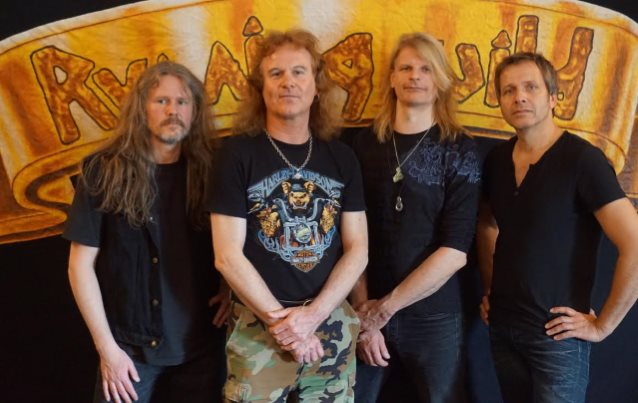 Rolf "Rock'n'Rolf" Kasparek of German power metallers RUNNING WILD has revealed the band lineup for the group's performance at this year's Wacken Open Air festival in Wacken, Germany. Joining Kasparek at the concert will be Peter Jordan on guitar, and RUNNING WILD's latest additions, Ole Hempelmann on bass and Michael Wolpers on drums.

Says Rolf: "We're looking forward to rock Wacken with you on the 31st of July. Also we will play a brand new song from our forthcoming studio album, exclusively for you! See you on board!"

RUNNING WILD's Wacken performance will take place on July 31 from midnight until 1:30 a.m. on the Black Stage.

RUNNING WILD's latest album, "Resilient", was released on October 4, 2013 in Germany and October 7, 2013 in the rest of Europe via Steamhammer/SPV.