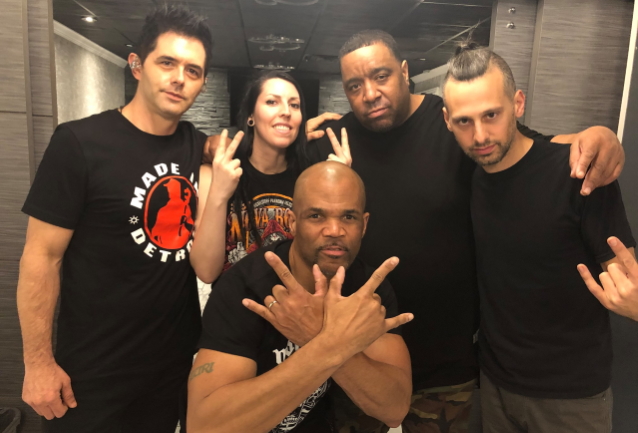 Another force of great musicians has come together fusing hard rock, metal, punk and hip-hop. Aptly titled DMC AND THE HELLRAISERS, they are releasing their scary as hell but ultra-infectious debut single "Monster" on October 30. The subsequent gritty black-and-white video for the song will release on October 31, Halloween Day.

THE HELLRAISERS is the latest rock/rap endeavor featuring one of hip-hop's greatest pioneers, Darryl "DMC" McDaniels alongside Veronica Bellino, the drummer for famed alt-metal band LIFE OF AGONY. Bellino anchors the ensemble's rhythm section with her feisty skinning with veteran bassist David Filice and DMC DJ Charlie Chan. Guitarist Rich Devletian rounds out the band, keeping the hellraising quotient at a fever pitch throughout the track.

"Monster" is driven by DMC's blistering rap verses illuminating the terrifying demons we all battle inside beyond our carefully constructed facades — which lead to the irrepressible hook sung by Bellino: "You created a monster, you better leave the light on." In true Renaissance Woman fashion, Bellino also created the "Monster" video by piecing together intense images of her singing, McDaniels rapping, Filice and Devletian playing onstage, and a narrative featuring stark images of a masked man slowly going insane and getting violent with himself, unable to cope with those inner voices of destruction that we all battle.

The band name HELLRAISERS is a reference to RUN-DMC's "Raising Hell" album which defined and solidified the genre "rock rap" when they collaborated with AEROSMITH for the remake of "Walk This Way" and a genre DMC has embraced over the past three decades. His original success helped give birth to Kid Rock, KORN, LIMP BIZKIT, RAGE AGAINST THE MACHINE and other "rock/rap" bands.

"The song has a lot of potential meanings," says Veronica, who penned the chorus/hook while McDaniels wrote his verses. "It could be an everyday monster like the evil people we sometimes see on the news, or maybe it's the monster we create in our own heads. To us as a band, it represents what we call the 'mental health monster,' which lies behind the fake smile we wear to cover those dark realities. That is represented in the video by the weird, creepy smile of the man's mask. Behind that, he is disturbed, and he's in the house isolated and freaking out as the mental health monster eats him alive. The line 'You better leave the light on' is our way of saying, a breakthrough is possible if you let a little positivity shine through the darkness."

DMC AND THE HELLRAISERS has its roots in a working relationship Bellino developed with McDaniels in 2011 after the two were introduced through LL Cool J's record label, a label Bellino was working with at the time. McDaniels was working on the song "Attention Please" with Pauley Perrette and chose a killer hook that Bellino wrote for the track. DMC, equally impressed by Bellino's drumming skills, (she is featured on the skins in the song's video) hired her to play drums and be the musical director for a series of shows he and DJ Charlie Chan had coming up, including shows at The Troubadour in L.A. and the Fun Fun Fun festival in Texas. The HELLRAISERS eventually evolved to include Filice and Devletian, and have since performed with McDaniels and Chan at various concerts around the globe, including The Open-Air Festival in Switzerland, as well as multiple venues in Germany, Nashville, New York City and L.A.

"I love playing with these musicians," says McDaniels. "We're a drummer/singer, guitar player, bass player, deejay and an MC that came together to have fun writing and performing together. For me, that's the essence of being in this business."

"Our industry has put everything on pause during COVID, and it's been a challenge to stay motivated creatively and keep ourselves from going crazy when we can't play live," adds Bellino. "In light of that, we felt it was a good time to put out 'Monster' to create awareness of the project that includes a rap legend yet offers something different."

Filice says: "At a time when so many people are going through a hard time with their mental health, this is a powerful song that takes a no holds barred approach to the issue and meets our collective moment perfectly."

DMC AND THE HELLRAISERS are working on an EP to be released in 2021. 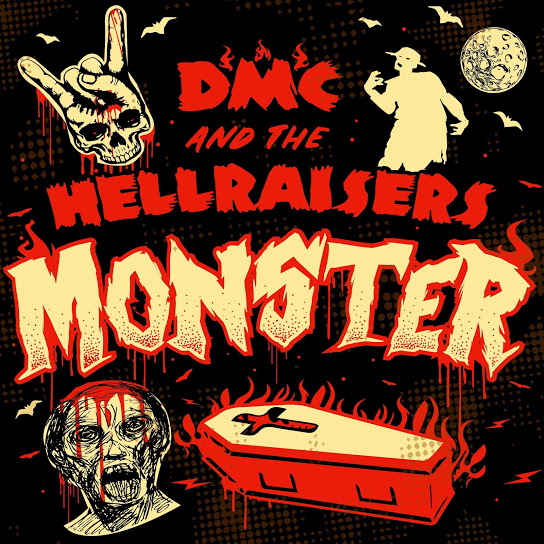