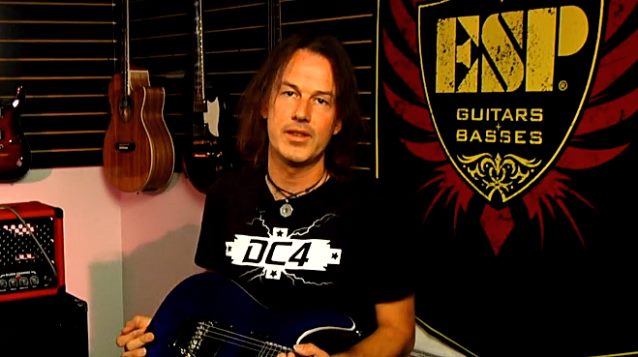 Former DIO guitarist Rowan Robertson will fill in for Craig Goldy at the October 26 DIO DISCIPLES concert at M15 in Corona, California as Craig has a prior commitment in Russia.

In the late 1980s Robertson heard that Ronnie James Dio was looking for a new guitarist. He sent a tape to the record company Phonogram. After six months of waiting, he got a reply that stated that at that moment they were not interested in him. At the encouragement of his friend and fellow guitarist Sean Manning (HURRICANE) the tenacious Robertson then contacted the DIO fan club who then asked him to send his demo tape to them.

Robertson, who was 17 years old at the time, got a great response from DIO after receiving the demo through the fan-club channels. In late January or early February 1989 Robertson was flown to Los Angeles for an audition with DIO. He was auditioned twice. Immediately after the second audition he was invited to join the band. The press-release for the addition of Robertson to DIO was sent out on July 18, 1989 and the press was invited to meet the newest DIO guitarist on July 20, 1989 at Oliver's Pub in New York City.

The first DIO album Robertson started working on with DIO was "Lock up the Wolves". These sessions included Jimmy Bain, Vinny Appice and Jens Johansson. The band had already begun writing and recording when Jimmy Bain and Vinny Appice were suddenly excused from the band. They were replaced with Teddy Cook and former AC/DC drummer Simon Wright.

Dio and Robertson had been writing songs for an album to be released in May 1991 which ended up being shelved. When the DIO band was put on ice, Robertson started work on an instructional video for guitar players. It was released on Star Licks in July or August 1991. He then teamed up with vocalist Oni Logan (ex-LYNCH MOB) and drummer Jimmy Paxson (from TRIANGLE) and began to write and record on an album together for Atlantic Records. 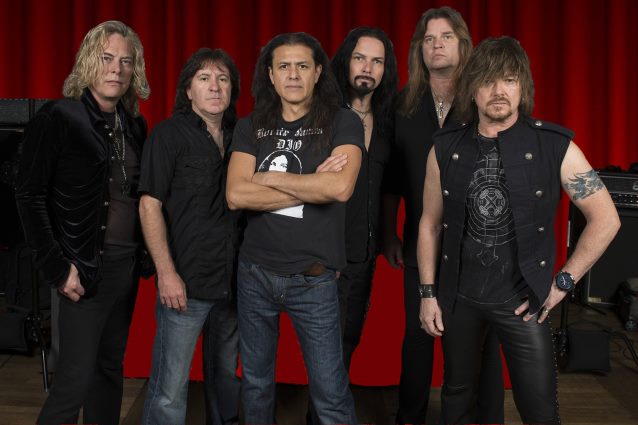