"This Is Your Life", the official tribute to album to Ronnie James Dio, will be released as a special-edition double red-color vinyl LP on July 8 via Rhino Records. July 8 is just two days before Ronnie's birthday, making this release even more special to fans and collectors alike.

"This Is Your Life" sold around 15,000 copies in the United States in its first week of release to land at position No. 20 on The Billboard 200 chart. The CD arrived in stores on April 1 via Rhino. 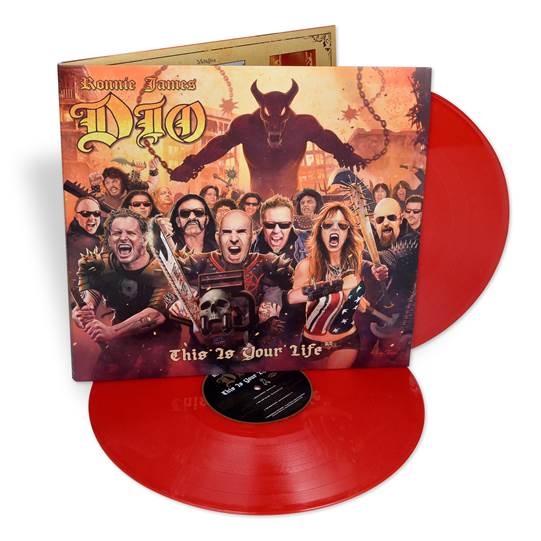