The official East Coast listening party for for the Ronnie James Dio tribute album "This Is Your Life" will be held on Saturday, March 29 at 10:00 p.m. at Duff's Brooklyn in Williamsburg, Brooklyn. 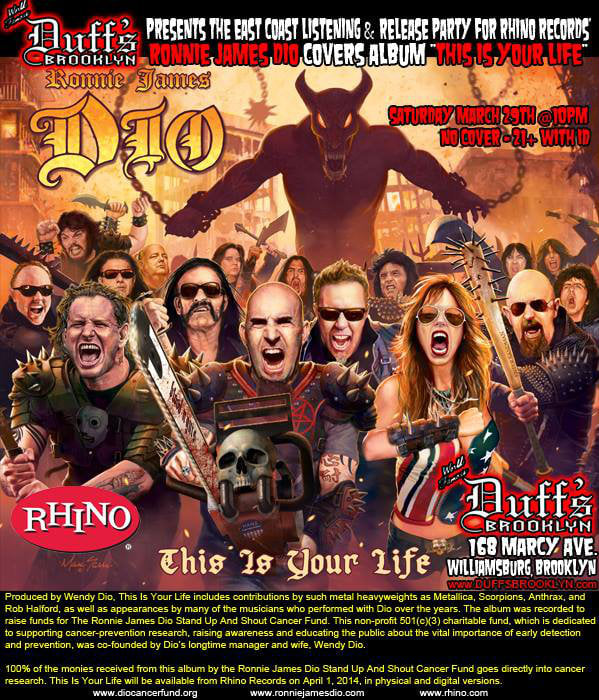