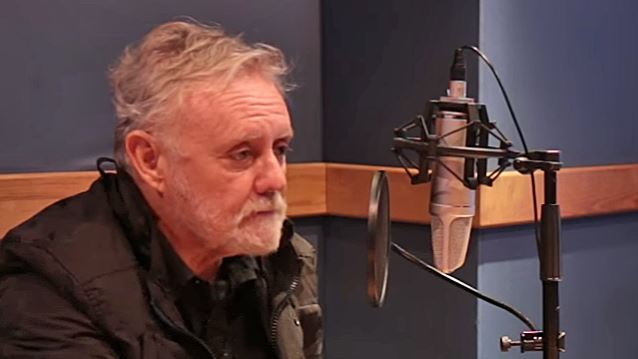 QUEEN drummer Roger Taylor says it is "quite possible" that the band will record new music with "American Idol" finalist Adam Lambert.

Lambert, Taylor and guitarist Brian May first shared the stage during "American Idol" in May 2009 for a performance of "We Are The Champions". They teamed up again in 2011 at the MTV European Music Awards in Belfast, Ireland for an electrifying eight-minute finale of "The Show Must Go On", "We Will Rock You" and "We Are The Champions" and in the summer of 2012, Lambert performed a series of shows with QUEEN across Europe as well as dates in Russia, Ukraine and Poland. They have since completed several tours and performed at some of the biggest festivals in the world.

Speaking to Planet Rock, Taylor said about QUEEN's plans to release more music (see video below): "If we do anything in the future, I'd like it to be something new. I don't know how new it would sound, but I think if Brian could come up with a song or two which we felt, sort of, fitted, you know."

Asked if there is a chance that QUEEN could release new material, Taylor said: "It's quite possible. We're really enjoying… We've just come back from the Far East — well, a month ago now — which was phenomenal. It's great to know that there's still a demand, and we do love playing with Adam Lambert, who is an incredible singer and a lovely man."