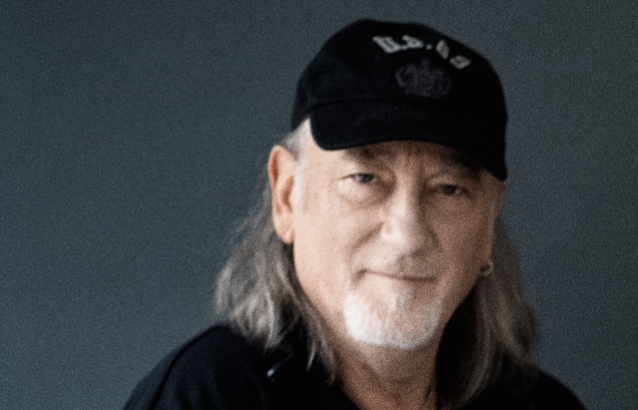 DEEP PURPLE's Roger Glover says that he is not looking forward to the completion of the band's "The Long Goodbye" tour. The bassist, who is 72 now, told Music Radar in a new interview: "DEEP PURPLE has been such a presence in our lives for 50 years that none of us want it to end, but the realization is there that sooner or later we are going to have to stop. I'd love to go on and make another album. Emotionally, we're not ready to stop, so we could carry on for another four or five years."

Asked if he had any plans for life after DEEP PURPLE, Glover said: "Well, I know I'll always been involved in music, as a writer and as a producer. To be honest, I'm dreading life without DEEP PURPLE. I'm not looking forward to it at all. This has been my working life; I've never had a job. We don't have a final time to stop in mind. I don't know how much time I'll have after the band, but I'll carry on being creative."

Roger went on to say that he is planning on releasing his autobiography. "I've been working on one for about five years now," he said. "It's not easy, because I didn't want a ghostwriter, but I enjoy good writing, and it's a pleasure to write. It's hard to look back and capture who I was years ago. I look at videos of myself playing and I think, 'Who is that person?'

"It's not possible to capture what was in your mind at the time, because memories aren't always reliable," he added. "I've found a load of diaries from the '60s, and I've kept a journal for the last 30 years or so. I just have to work out what I did in the '70s."

"The Long Goodbye" started in May 2017 in Europe and included a North American leg with ALICE COOPER and EDGAR WINTER as well as another summer run with JUDAS PRIEST.

The band — which had been eligible for induction into the Rock And Roll Hall Of Fame for two decades — finally entered the Rock Hall as part of the class of 2016. DEEP PURPLE's first three lineups were inducted, including drummer Ian Paice, guitarist Ritchie Blackmore, late keyboardist Jon Lord, and various singers and bassists — Rod Evans; Ian Gillan and Roger Glover; and David Coverdale and Glenn Hughes.