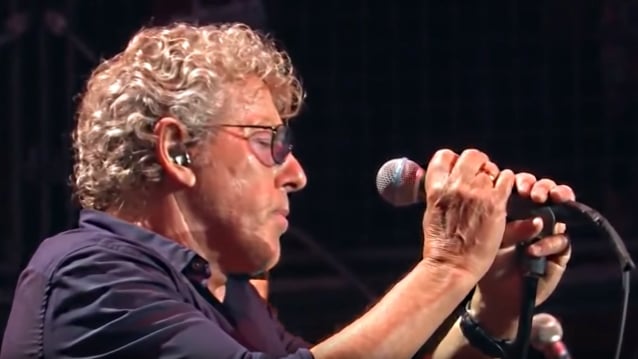 Roger Daltrey says he craved normality at the height of his fame with legendary rock band THE WHO.

Speaking to Piers Morgan during Thursday's edition of "Good Morning Britain", the 76-year old touched on his time with THE WHO after being asked what he misses most in lockdown.

Roger said in a clip shared by Daily Mail: "Human contact. That's what I didn't like about being a celebrity. It kind of distanced me from my mates and everyone treated me differently immediately after I became famous. I didn't like that. I never wanted to be different. I like to just chat to people and be treated normally. I just miss that human contact."

This past March, the spring 2020 U.S. leg of THE WHO's "Moving On!" tour was postponed to the fall due to the coronavirus pandemic that is sweeping the globe.

The "Moving On!" tour consists of Daltrey and guitarist Pete Townshend with local symphony orchestras as they cross the country.

Among the postponed shows was THE WHO's April 23 appearance in Cincinnati, which was to have added historical significance as it was meant to be the first time the band would perform in the city since eleven lives were tragically lost as they waited to get into THE WHO's concert on December 3, 1979.

Last December, "Who" entered the U.K. chart at position No. 3, becoming the band's highest-charting U.K. LP in 38 years.