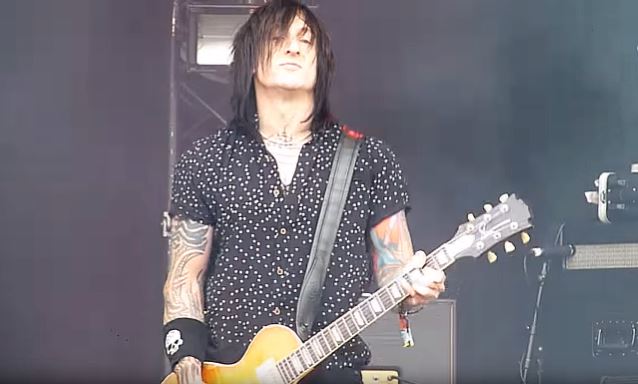 According to New York Post, GUNS N' ROSES guitarist Richard Fortus is looking to rent out his apartment in New York City. Fortus is asking for $5,000 a month for the two-bedroom, one-bathroom co-op unit, which is located at 417 Grand Street.

Fortus paid $350,000 for the apartment, which comes with a a nearly 5-by-13 private terrace at Seward Park, one of the complexes that makes up the Cooperative Village, the former socialist and union enclave built between the late 1930s and the 1960s on the Lower East Side (and featured in the movie "Crossing Delancey").

"This is my first home," Fortus told The New York Times in a 2003 story. "It's the first time I've ever owned everything."

The most recent lineup of GUNS N' ROSES toured intermittently since 2006 and played its second Las Vegas residency last year.