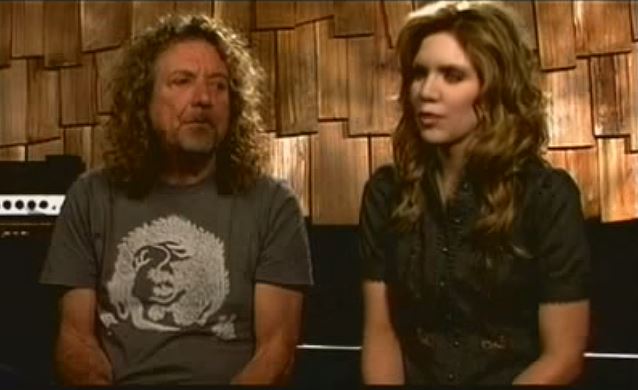 Republic Records will release the "Love The Coopers" official soundtrack album on Friday, November 13 through all digital retailers. Capturing the "Coopers" holiday theme, the soundtrack includes the studio reunion of Robert Plant and Alison Krauss on their Christmas original "The Light Of Christmas Day", their first recording since the 2007 album "Raising Sand". The collection also contains Otis Redding's "Merry Christmas Baby", SIXPENCE NONE THE RICHER's "Carol Of The Bells" and seasonal classics from Bob Dylan, Nina Simone and more.

About "Love The Coopers": When four generations of the Cooper clan come together for their annual Christmas Eve celebration, a series of unexpected visitors and unlikely events turn the night upside down, leading them all toward a surprising rediscovery of family bonds and the spirit of the holiday.

In a 2014 interview with Rolling Stone, Plant revealed that he had been talking with Krauss about recording a follow-up to "Raising Sand". "Alison called me six weeks ago," he says. "She said, 'Should we make a new record?'"

Plant previously tried to make a "Raising Sand" follow-up when he and Krauss finished their tour in 2009. The LED ZEPPELIN frontman entered a California studio with producer Daniel Lanois and attempted to write material he could sing with Krauss. "We walked away from that and took our toys back," said Plant. "Dan and I wrote about five songs in two or three days up in Silver Lake. They were pretty good, but they didn't really lend themselves to a vocal collaboration, so I took them away. And then Alison went back to the fat guys with beards [her longtime band UNION STATION] and she made a pretty good record within that genre."