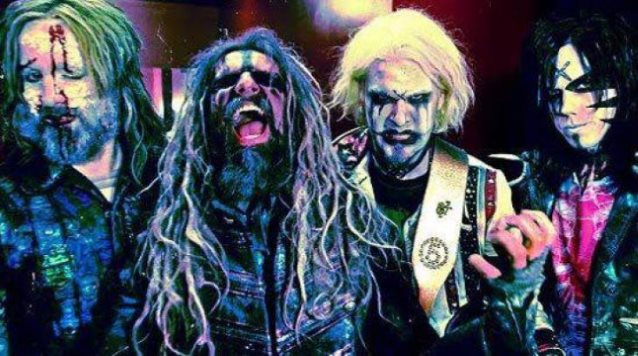 Rob Zombie's 2016 front-to-back concert performance of WHITE ZOMBIE's 1995 album "Astro-Creep: 2000 – Songs Of Love, Destruction And Other Synthetic Delusions Of The Electric Head" will be released as a live album, "Astro-Creep: 2000 Live", on March 30 via Interscope/Geffen/A&M.

Zombie said in 2016 that he had "many legit reasons" for not wanting to reform WHITE ZOMBIE, despite some fans' suggestion to the contrary.

The subject of a WHITE ZOMBIE reunion once again came up after Rob performed "Astro-Creep: 2000" live at Riot Fest.

As video footage of the performance made its way online, a WHITE ZOMBIE fan made an impassioned plea for Zombie to reform the group. The fan wrote in the comments section on Instagram: "Please, for the love of God, reunite WHITE ZOMBIE. The reasons you've given in the past for not wanting to do it… honestly make no sense. First you said that reunions are never good, and it's best to let sleeping corpses lie. Hello… GUNS N' ROSES? MISFITS? Reunions are beloved bands are totally welcomed and completely awesome. a white zombie reunion has zero chance of being bad.

"The second reason you have is that your crowds these days 'barely react' to the WHITE ZOMBIE songs. Well, maybe they would react more if those songs weren't abandoned. I can promise you that thousands of people still love and cherish those albums you need in the '80s and '90s. A WHITE ZOMBIE tour would be a huge success.

"I love you, Rob, but I gotta be honest.. I think the truth is that you just think you're too good to pick up the phone, call up Sean [Yseult, former WHITE ZOMBIE bassist and Rob's ex-girlfriend] and the guys… and get that ball rolling again. I don't know if there's some sort of Sean/Sherri [Moon Zombie, Rob's wife] jealousy thing that caused you guys to break up in the first place… I mean, it's kinda funny you broke up WHITE ZOMBIE but took the drummer with you… But either way… just do a WHITE ZOMBIE reunion. [You] have no legit reason not to."

Rob took notice of the fan's comment and personally responded via Instagram, writing: "[I am] always amazed at how people can speak with such authority on subjects they know zero about.

"I have many legit reasons [for not wanting to reform WHITE ZOMBIE]. Just because you don't know them does not mean they don't exist. Everything is not everybody's business."

Yseult was asked by rock journalist Mitch Lafon what her reaction was when she first found out Rob was pursuing a solo career after WHITE ZOMBIE's 1997 split. She said: "First of all, I knew that we were breaking up — it wasn't a big surprise — but it was a little bit of a slap in the face to me and Jay [Yuenger, former WHITE ZOMBIE guitarist] when we had our… After one year, we were supposed to be taking a break, and then we were gonna have a call and talk about getting back together and making a record. I knew that we weren't getting back together, but literally the next… Jay and I both said, 'We have more riffs. We'd love to write some more music.' And Rob kept saying, 'No, no, no. I think we're done.' And what are you gonna say? You can't tell the singer that he has to sing. [Laughs] Even though our manager told Jay and I that we should go on and continue on with WHITE ZOMBIE and get a new singer, we both refused that. But the slap in the face was that [Rob's] solo record came out, like, the next day, so he spent that year making a record, knowing that [WHITE ZOMBIE wasn't] gonna be a band again. So that was a little… you know… whatever. But, like, who cares? You know, really. I didn't care. I moved to New Orleans. I knew that we'd already broke up anyway."

WHITE ZOMBIE split up in 1997 and Rob Zombie went on to launch a successful solo career in 1998. He told The Pulse Of Radio that nowadays a lot of his audience isn't even familiar with the old WHITE ZOMBIE songs. "The crowds are really, really young and I've been noticing that with the set list too, because, you know, as the time has gone on, we've really worked the WHITE ZOMBIE material more out of the set, because we've been finding that it's not working like it used to," he said. "It seems like that those songs just seem now old to people and it's very strange."

Zombie has just put on his filmmaker hat and started production on his next movie, a sequel to his 2005 horror hit "The Devil's Rejects" called "3 From Hell". 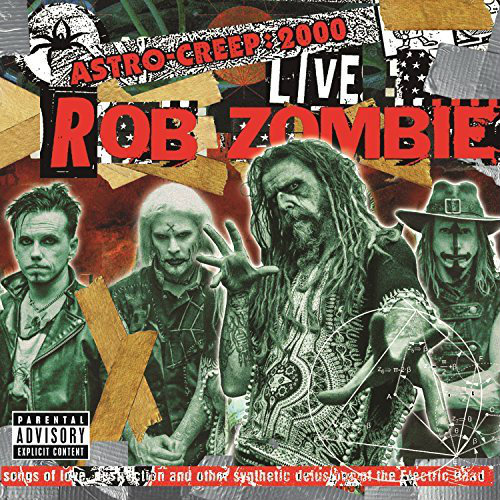