Don't try crossing wits with Rob Zombie. That was the lesson learned by a couple of trolls who tested the rocker and filmmaker at his Facebook page over the weekend and ended up getting owned by Mr. Zombie.

According to The Pulse Of Radio, it all started when Zombie shared an interview and got some responses, including one from some brainiac who decided to comment on Zombie's appearance by saying, "When did you decide to become a hipster?" Zombie responded by taking a picture from the commenter's personal profile and adding, "Sir, you are in no position to discuss what is hip."

A second troublemaker came along and tried his luck, only with similar results. Asked if he borrowed his hat in the interview from his wife Sheri, Zombie posted that troll's profile photo and quipped, "I really don't think you need to be giving fashion advice. Just saying."

Zombie is currently off the road and editing his new horror film, "31", which is expected out later this year.

He recently told Louder Noise that his new studio album will probably come out next March, and that he intends to either shoot a series of videos or a movie to accompany its release. 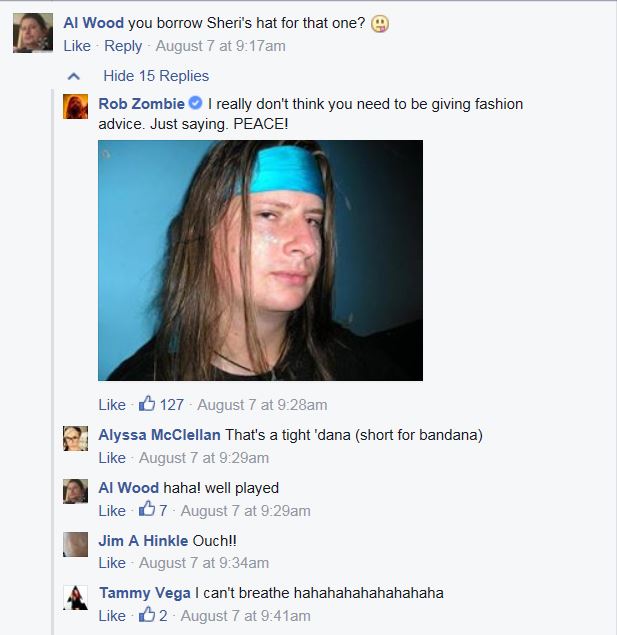 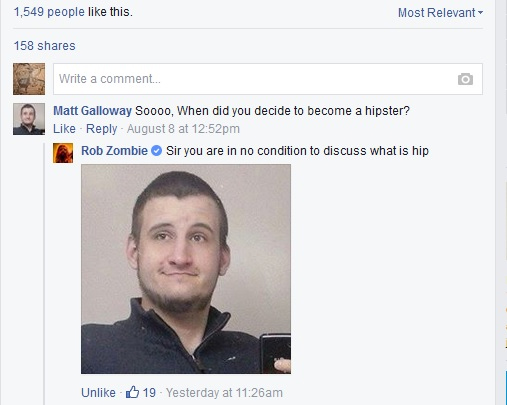