Join Zombie, his band, his family and some famous friends as they tour across the underbelly of the U.S.

Fenn has captured Zombie in all his glory, from sold-out arenas and festivals to tour buses and backstage hijinks, mischief and other candid moments. This beautiful collection of photographs drops the curtain on the world of Rob Zombie for a rare look into his life on the road.

Released in partnership between photographer Rob Fenn and the FC Cancer Foundation, this book is not only an essential companion to the Blu-ray, DVD and longform digital video of the same name, but a timeless document for the coffee tables of every Zombie fan!

For more information, and to order the book, visit thezombiehorrorpictureshow.com.

Rob Zombie's just-released concert DVD and Blu-ray, titled "The Zombie Horror Picture Show", features Zombie leading his band through longtime favorites like "Living Dead Girl", "More Human Than Human" and "Dragula". The movie was filmed during stops on last year's Rockstar Energy Drink Mayhem Festival tour in Houston on August 3, 2013 and Dallas on August 4. Zombie told The Pulse Of Radio why the time was right for a live DVD after abandoning the idea a few years back. "I don't even know how it came up, but I thought, you know what, now's the time to do it," he said. "The band is still as good as it ever was, if not better, we still basically look the same, we play the same, the show is the biggest it's ever gonna get. It couldn't get any bigger, 'cause we're at the point now where we literally couldn't fit half the things onstage sometimes. Now let's do it."

Zombie has also been working on a new studio album, telling Billboard, "It sounds fuckin' weird man. That's a really good thing… It's going good. I'll work on that for about a month and get as far as I can get. Then in July we have a little bit of a break where I'll probably finish the record, and then we have some more touring." 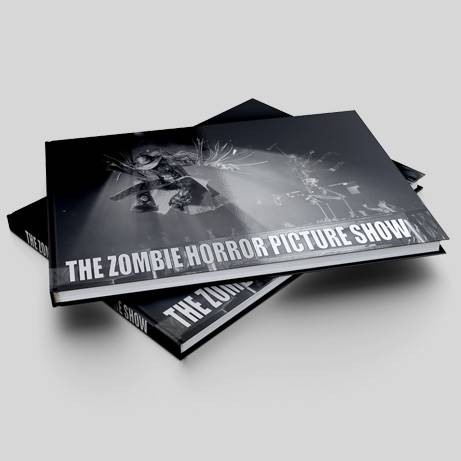