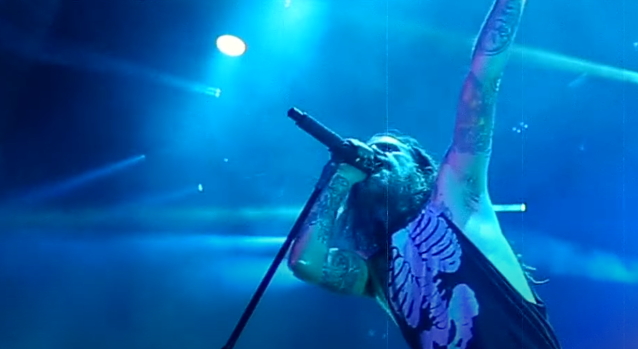 Rock icon Rob Zombie has released the official music video for the song "Shadow Of The Cemetery Man". The track is taken from his seventh studio album, "The Lunar Injection Kool Aid Eclipse Conspiracy", which came out in March 2020 via Nuclear Blast.

Regarding his earlier statements that "Lunar Injection" is the best ROB ZOMBIE album yet, the rocker-turner-filmmaker told Consequence Of Sound: "It can be a very hollow statement because everybody says that [when they release a new album]. What are they supposed to say? But I feel the last three records have really been on an upward trajectory. When you have a career that’s long — it started in 1985 — you kind of have peaks and valleys, not just sales-wise or whatever, but just even creativity-wise. You kind of tap into a vein of something, and then that kind of expires and you're, like, 'Oh, where are we going now? I don't want to just like keep repeating ourselves.' And sometimes you get stuck. Even if you're still making good records, you don't feel inspired.

"The 'Venomous Rat' record was the record that felt re-inspired," he continued. "It was the record when Ginger Fish joined the band, and it seemed like for the first time we had a solid band. Up until then, there was always somebody coming or going, and it really fucks with the chemistry of the band. Even if the new person is a great person and they're an amazing musician, sometimes the chemistry is not there. So that's why I think the last three records have really locked into a vein of, 'Okay, this is who we are and what we do, and it's really been working.' So, I think that's why we felt that way about the new record."