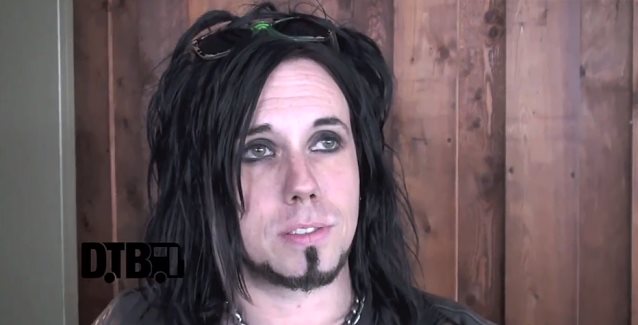 Digital Tour Bus, which gives fans "an all-access pass" to the tour buses that their favorite bands travel in, has posted its latest "Crazy Tour Stories" episode, focusing on Matt Montgomery (a.k.a. Piggy D.), who is best known as the bassist in ROB ZOMBIE and former guitarist for WEDNESDAY 13. The two-minute clip, which was filmed on July 27, 2013 in Tinley Park, Illinois, can be seen below.

Says Zombie: "Come to the Houston and Dallas shows in your best Zombie gear and we will get you in the movie! Remember, the crazier you are... the more screen time you will get!"