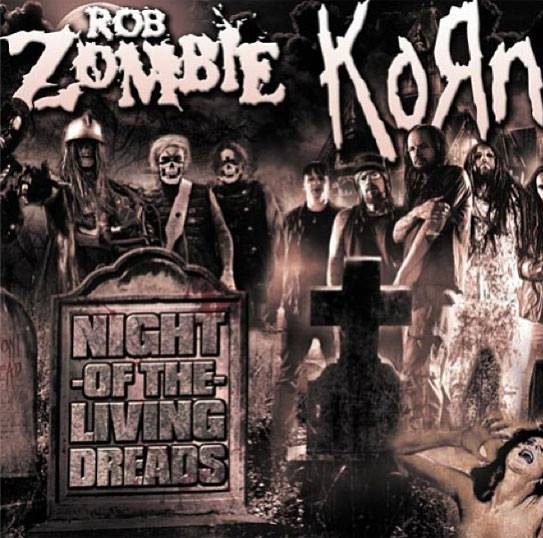 Heavyweights ROB ZOMBIE and KORN have announced a co-headlining arena tour — the "Night Of The Living Dreads" tour — kicking off Sunday, November 3 in Reno, Nevada and encompassing 17 dates across the U.S (full itinerary below) before wrapping November 26 in Bethlehem, Pennsylvania.

With both artists known for delivering electrifying performances filled with sonic thunderbolts and dark intensity, fans can expect the roofs to lift off arenas across the country. Speaking about the tour, Zombie notes: "Some of the best times we've had on the road have been touring with KORN, so we're thrilled to be doing it again!" KORN singer Jonathan Davis adds: "We've had a lot of fun touring and playing with Rob Zombie over the years. It's been a while and those shows were so much fun. We're really excited about doing it again."

Tickets will be on sale from September 27.