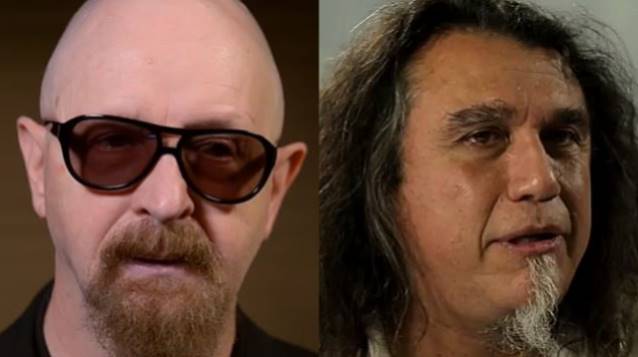 "Inaccurate and unconfirmed reports were published yesterday on various Internet outlets regarding the upcoming Metal All-Stars European tour and its talent lineup, in particular SLAYER's Tom Araya. None of this information was issued by Gabe Reed Productions, Kendra Helms Media or the Metal All-Stars organization.

"Mr. Araya is not performing with the Metal All-Stars — he and SLAYER have nothing to do with this tour and the use of SLAYER's logo as well as the logos of other artists in the fraudulent advertisement was wholly unauthorized. The bands listed have nothing to do with this or any Metal All-Stars tour that features metal legends performing outside their individual bands.

"The Internet reports also contained information about the Metal All-Stars lineup and European dates that are not confirmed and still being negotiated.

So far, the following European dates have been announced:

Metal All-Stars will be offering unique items and experiences to be auctioned off in order to raise funds for Ride For Dime. Ride For Dime Inc., a 501 (c) 3, charitable organization, honors the lives of guitar hero and friend, "Dimebag" Darrell Abbott (PANTERA), Jeff Thompson, Nathan Bray and Erin Halk. Ride For Dime has proudly given back to charities that were of interest to Darrell during his life as well as charities he would have been proud to be a part of, like Little Kids Rock, Toys For Tots, IAVA and many more. Ride For Dime was formed in 2010 and began funding its own Ride For Dime Scholarship Fund.

Originally formed in Arlington, Texas, in 2005 by Darrell's friends and family, the organization has now grown to having six nationwide chapters. Each chapter holds its own event, and all proceeds go directly to the Ride For Dime Scholarship Fund. Their current chapters include: Texas, Philadelphia, Chicago, Florida, Wisconsin, Nashville, Minnesota and the U.K. 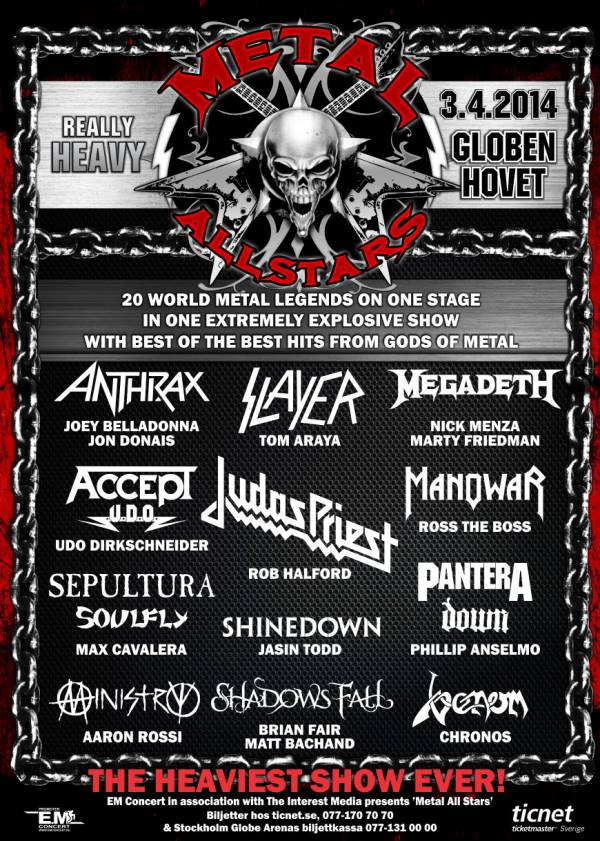 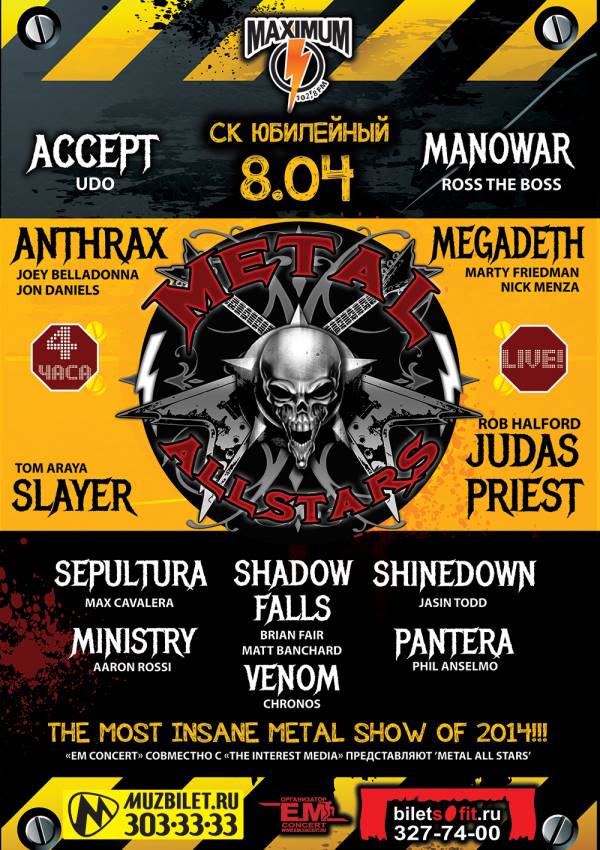 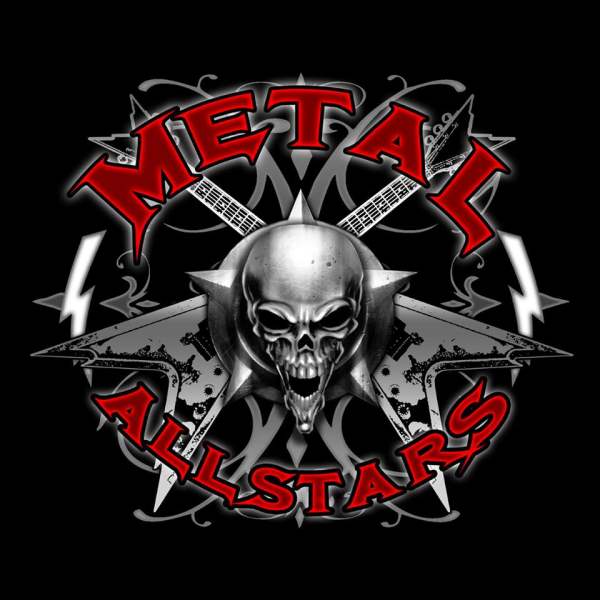