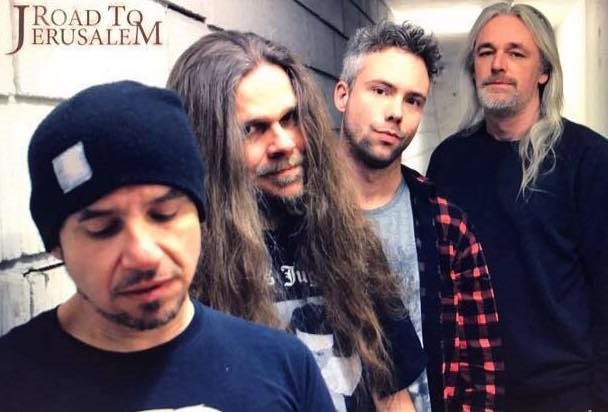 ROAD TO JERUSALEM recently recorded ten brand new tracks that will compose the band's debut album. Guitar leads and bass were laid down at Ark recording studio in Copenhagen with engineer Søren Henner and sent off for mixing, which is being handled by Tue Madsen.

According to a press release, ROAD TO JERUSALEM "is creating a peculiar sound: heavy music that swings and grooves, winking at emotional expression."

As for the band's name, it "expresses the idea of a long journey, that is not necessarily intended as an actual travel, but rather an emotional one.

"ROAD TO JERUSALEM is a path to one's own life towards the center of the struggles that each one of us encounters."