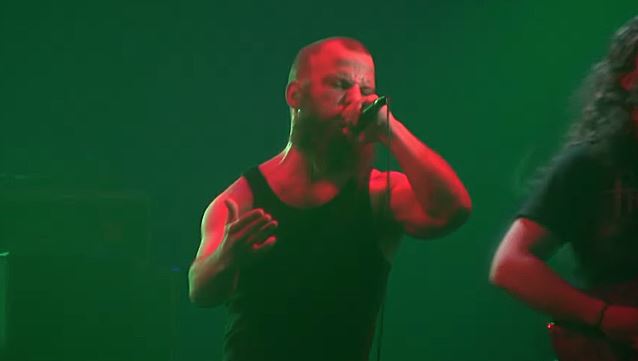 A brand new track, "Perpetual Growth Machine", taken from "Monarchy", can be streamed below.

RIVERS OF NIHIL began its musical journey in 2009, and recorded its first EP, "Hierarchy", with Carson Slovak. Six years and multiple tours later, the band returned to Slovak and Atrium Audio in Pennsylvania, after having recorded its previous effort, "The Conscious Seed Of Light", in 2013 with Erik Rutan at Mana Studios in Florida. Since the release of that album and signing with Metal Blade, RIVERS OF NIHIL found themselves quickly climbing the global metal ranks on the strength of overwhelmingly positive reviews and tours with DEATH TO ALL (DTA), OBITUARY, WHITECHAPEL, DYING FETUS, BLACK CROWN INITIATE, plus an appearance at the New England Metal & Hardcore Festival.

Topping their full-length debut is no elementary task; Terrorizer magazine declared that RIVERS OF NIHIL "manage to do something unashamedly modern, and yet make death metal sound twisted and malevolent," while HeavyBlogisHeavy.com simply noted that it was "Definitely one of the best debuts to come out this year."

Guitarist Brody Uttley cites recent personal hardships as a major factor in the creative process for "Monarchy". He divulges that "I lost a few close friends. The loss of these people had a profound influence on the creation of the music for this record. I was having strong feelings of rage, sadness, hope, and frustration as a result. The songs turned out heavier, darker, sadder, and more frightening than I had ever hoped that they would." The mood of this album, and the song sequence, reflect these emotions. "Monarchy" begins with the most heavy and darkest tracks, and continues to develop more progressive leanings until the end when Uttley says "the emotional tension completely falls apart."

The seasonal concept that began with spring on "The Conscious Seed Of Light" continues, of course, with "Monarchy", as it welcomes the oppressive heat of summer. The story takes place millions of years after the events in "The Conscious Seed Of Light". Adam Biggs, who also serves as the band's primary lyricist, explains: "The Earth has been transformed into a vast desert wasteland, where after aeons of lifelessness, new beings begin to take shape and begin their journey as shepherds of the planet. But after a while, a class system forms from a sun-worshiping religious dictatorship, and these beings start to lose their way. Only the guidance of an ancient earthly force can help them save themselves as well the planet." 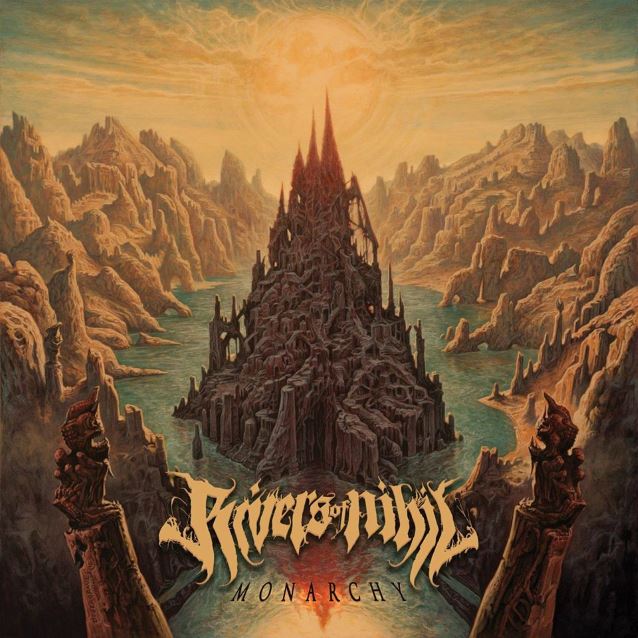