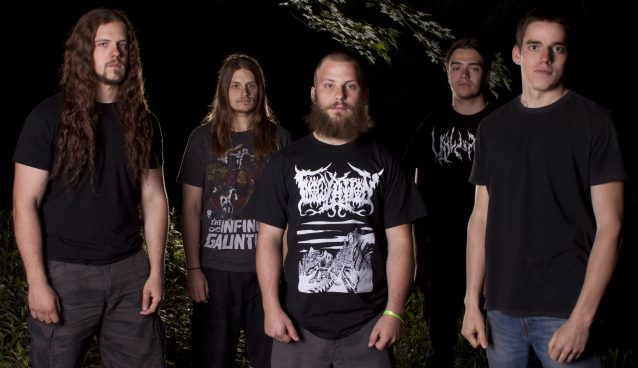 "Mechanical Trees", a brand new song from the Reading, Pennsylvania-based modern progressive death metal quintet RIVERS OF NIHIL, can be streamed below. The track comes off the band's upcoming album, "The Conscious Seed Of Light", which will be released on October 15 in North America (one day earlier internationally) via Metal Blade Records. The CD was recorded in March 2013 at Mana Recording Studios in Florida with producer Erik Rutan. Guitarist Brody Uttley said: "Working with Erik was a true privilege. Coming from the DIY circuit and immediately recording with one of greatest death metal producers of all time pushed us all more than we ever could have expected, both as musicians and as people. We have grown tremendously as a band in all aspects because of our experience with Erik."

Regarding "Mechanical Trees", RIVERS OF NIHIL bassist Adam Biggs said: "The lyrics paint a bleak picture of humanity's future, wherein the environment has become so damaged that we are forced to rely on machines to create breathable oxygen for most living creatures. Eventually, this way of life becomes too much for Earth's dwindling human population, so the powers that be lace the machines with hallucinogenic substances to ease the pain of death. While that seems bleak, this song is actually a lot of fun to play live. It contains some of the more difficult riffs on the record, while also maintaining a good deal of atmosphere."

RIVERS OF NIHIL, which also features vocalist Jake Dieffenbach, guitarist Jon Kunz and drummer Ron Nelson, has added dates to its fall touring schedule. In October, fans will be able to see RIVERS OF NIHIL on the road with BENEATH THE MASSACRE, RINGS OF SATURN and LEGION throughout the East Coast.

Formed in 2009, RIVERS OF NIHIL's music is as dark and heavy as the coal and iron their home city was built upon, taking influences from some of death metal's heaviest, most abrasive hitters: MORBID ANGEL, GOJIRA, SPAWN OF POSSESSION and DECAPITATED, to name a few. 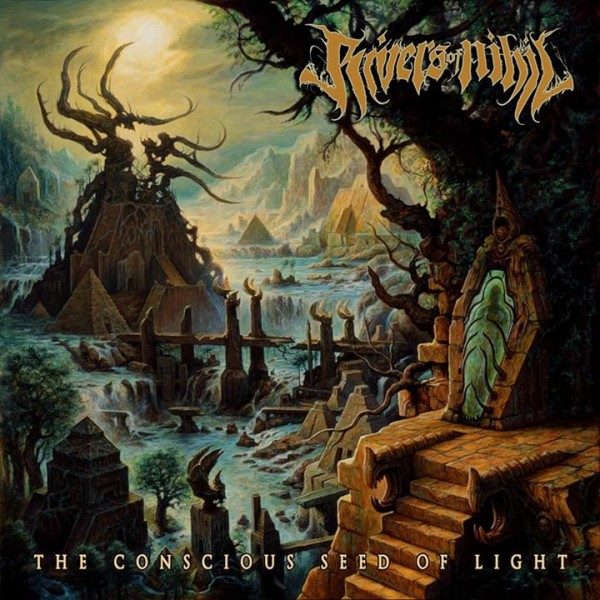