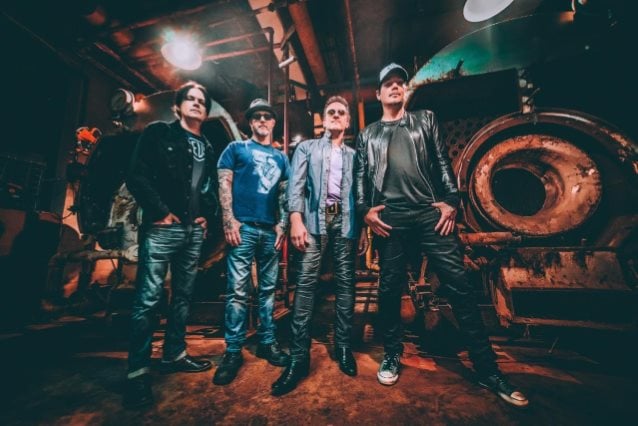 "American Dream", the new video from RIVERDOGS, the band featuring DEF LEPPARD and LAST IN LINE guitarist Vivian Campbell, can be seen below. The track is taken from RIVERDOGS' comeback album, "California", which will be released on July 7 via Frontiers Music Srl.

On the making of the album, Campbell says: "When my friends at Frontiers suggested a RIVERDOGS album in the spirit of the original debut record, I jumped at the chance to make it. In my opinion, 'Riverdogs' was a highlight of my career with some of my best guitar playing and definitely a record that flew under the radar. Having a clear direction of exactly what kind of record to make really helped the four of us create the music and there was an intense collective focus throughout the entire process that never wavered. I really think that we hit the target in creating a record that has all the hallmarks, the integrity and the emotional strength of the original debut. The fact that we've all remained such close friends throughout all the years only added to the joyous experience that was the making of this record."

Adds Lamothe: "Going into this project, my goal was to enjoy the opportunity of making music with some of my best friends, to share this incredible experience with my family... and to create something that RIVERDOGS fans will probably think is pretty bloody awesome. Big guitars! Beautiful melodies! Words about crazy, complicated, real stuff! I feel like Nick, Viv, Marc and I all brought our 'A' games to the writing and recording sessions. That's way more important than money and awards and fame to me"

Brophy sums up the writing process for the album: "In summer of 2016, I found myself in Los Angeles, reunited with three of my closest friends, about to begin a new RIVERDOGS album. Marc had arranged a rehearsal environment at a friend's house, which was to provide the creative atmosphere for writing new material. I stood there with bass in hand thinking, 'Okay, now what?' Little did I know that a few days later we would have six new RIVERDOGS songs and the album 'California' was born. The remaining six songs came, surprisingly, just as easily, a testament to the amazing talents of Vivian, Rob, Marc and the effortless way in which we work as a group. Our clear goal for this album was to remain true to the original RIVERDOGS sound and provide fans with a new set of songs which carry on the legacy of a truly remarkable band."

Though fans and critics gave the album a warm reception and high regard, the unfortunate and age old story of change of personnel at their record label came about and eventually led the band members to go their own ways, with Campbell settling into the DEF LEPPARD lineup and Nick Brophy becoming a respected engineer and producer. RIVERDOGS, with a revamped lineup, released two more records in 1993, "Bone" and "Absolutely Live", before going on an extended hiatus. They reconvened, with the original lineup, in 2003 to record new material and play a few reunion shows. Those new songs were recorded as demos, but only completed in the studio in 2011 when their last album, "World Gone Mad", was released.

Now, six years after their last studio album, RIVERDOGS have crafted "California", a record that truly recreates the magical sounds of their early days and that will surely be welcomed with open arms by fans both old and new. 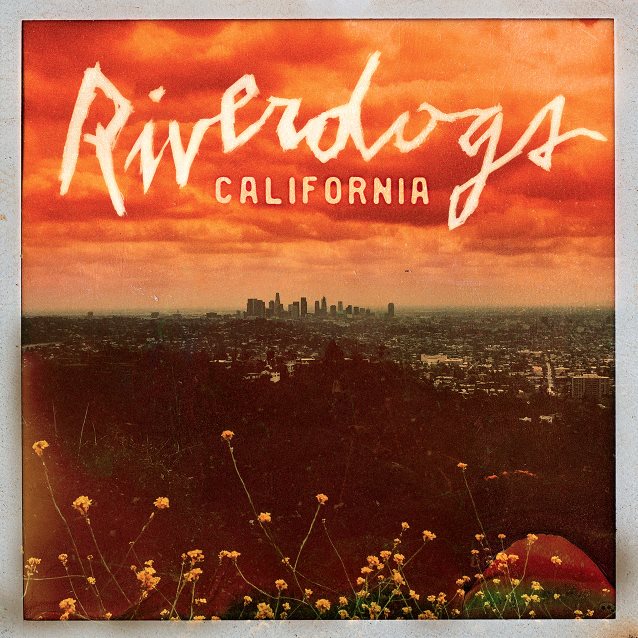