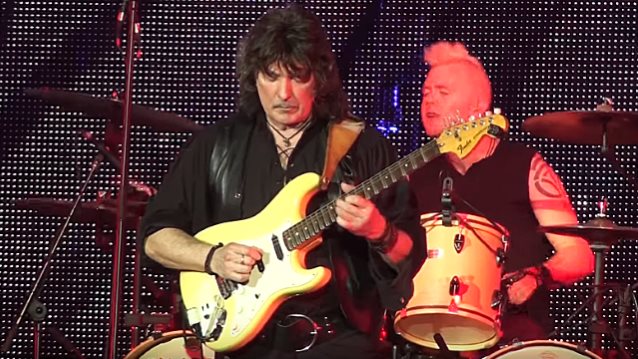 Fan-filmed video footage of RAINBOW's June 17 performance at the Stone Free Festival at The O2 Arena in London, England can be seen below.

The revamped version of RAINBOW last month released its first new music in more than two decades. Two tracks were made available on iTunes: an instrumental song called "Land Of Hope And Glory", which is is a reworking of the 1902 British patriotic song of the same name from Edward Elgar's "Pomp And Circumstance March No. 1", and a re-recording of the RAINBOW classic "I Surrender", which was written by Russ Ballard and was first released by RAINBOW in 1981. The latter song features vocals recorded by current RAINBOW singer Ronnie Romero.

Guitarist Ritchie Blackmore stepped away from his Renaissance-inspired brand of music with BLACKMORE'S NIGHT for the first time last year to perform a handful of shows with a brand-new lineup of the band he had formed after quitting DEEP PURPLE. 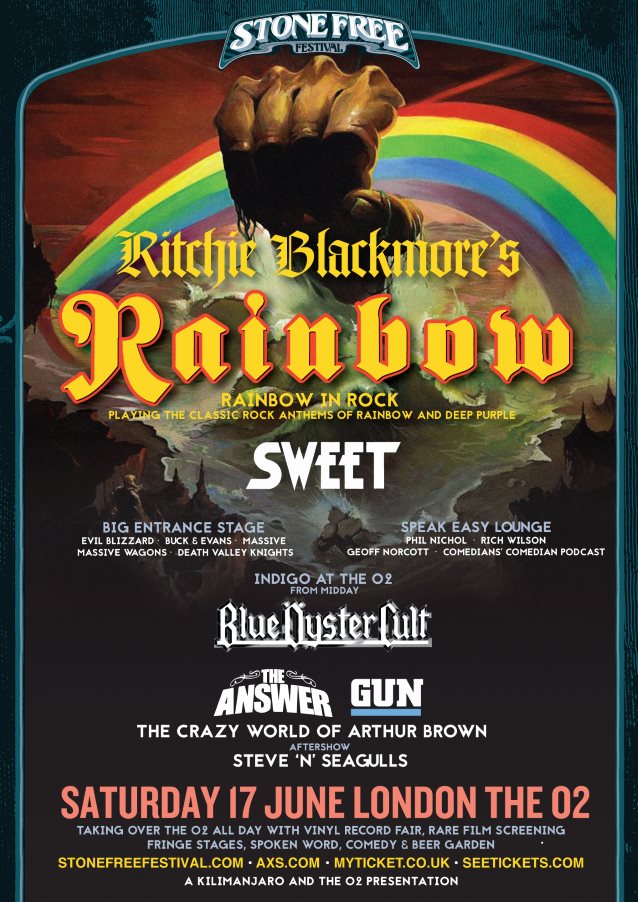