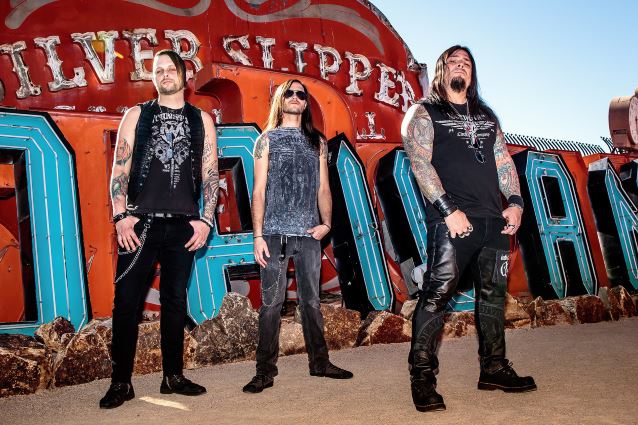 Rising metal band DEATH DIVISION has released a new single and video for "The Truth" ahead of upcoming tour dates throughout the Midwest and Southeast U.S. The single is off to a fast start at Active Rock radio, with 24 adds in the first two weeks.

"The Truth" is taken from DEATH DIVISION's new EP, "Angels Of The Black Dawn, Part One", which will be released on June 24. The effort was recorded at the EastWest Studios in Hollywood, California and was produced by DEATH DIVISION bassist Jerry Montano (THE DEADLIGHTS, NOTHINGFACE, DANZIG, HELLYEAH). Mixing and mastering duties were handled by Gus Cryns (PANIC! AT THE DISCO, STITCHED UP HEART, ESCAPE THE FATE, FOXY SHAZAM).

Montano says: "The new EP was written at a time when I was at a serious crossroads in my life. I had just ended a 20-plus-year relationship with alcohol and drugs. I was awakened by the realization of where I was in life as an addict who had fallen and lost it all, including my will to carry on. I had a choice to make, one that many have never come back from. You would be surprised when faced with life or substance abuse and certain death what some would choose."

He adds: "['The Truth'], to me, is about facing my demons, accountability for the past and for hope of a better way forward. In my heart, this song is about redemption."

In 2013, DEATH DIVISION released its debut independent EP, "We Are The Fallen", and caught the attention of MEGADETH frontman Dave Mustaine and his son Justis, who were impressed and offered the band the opening slot on Gigantour alongside MEGADETH, BLACK LABEL SOCIETY, DEVICE, NEWSTED and HELLYEAH. The following two years have been productive ones for the band, as they have been touring extensively to grow and establish their fanbase. The touring has paid off: they captured the attention of METALLICA guitarist Kirk Hammett, who invited the band to take part in his Fear FestEvil show and convention.

"Everything I have learned has led up to this moment, every victory and defeat…is born of the perfect storm," says Montano. "Every life lesson, every tear and drop of blood is in this one." 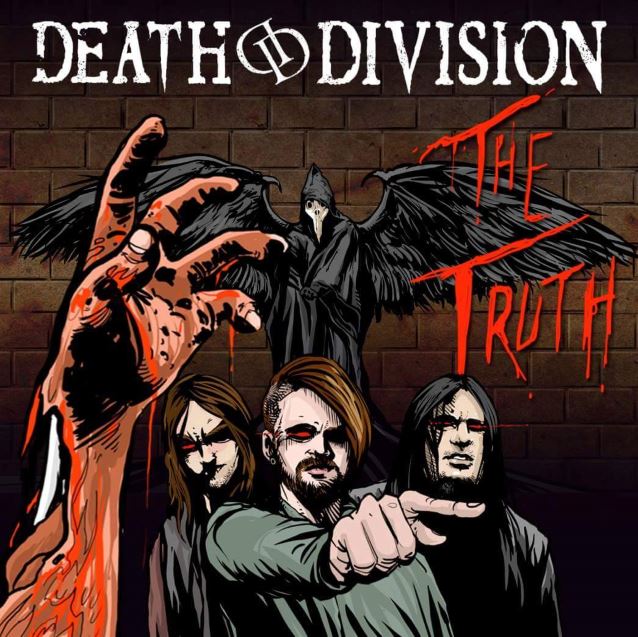