"Welcome to another installment of 'RIOT - The Privilege of Power Archives Revisited.'

"This time around, we've dusted off the pre-production demos to 'Killer' and 'On Your Knees' and put them on the [RIOT MySpace page]. The band was so tight and well rehearsed at the time that neither song sounds all that different from the 'The Privilege of Power' versions (other than the production, of course) but they might strike you as a little 'naked' being that they are missing the horn arrangements that you're used to hearing.

"'Killer' and 'On Your Knees' probably threw a lot of people for a loop back then and having horns on the opener of a heavy metal album was definitely a ballsy thing to do in 1990, before all this crossover stuff started to happen. But, the results speak for themselves and having the TOWER OF POWER horn section and other legendary brass players like Randy Brecker come in and do their thing was amazing. These guys were tight as can be and added a whole other dimension to these songs.

There is also an interesting little story behind the duet between Tony [Moore] and Joe Lynn Turner [RAINBOW, DEEP PURPLE] on 'Killer'. Originally, Joe was brought in to sing backup vocals on 'The Privilege of Power', the idea being that his more bluesy vocal tone would add a different flavor and contrast. As the engineer threw on 'Killer' and Joe began warming up his vocal chords with the lyrics in front of him he starting singing the melody. It quickly became apparent that 'Killer' should be a duet. The back-and-forth between Joe and Tony is like two fighters going at it pulling no punches, and it remains one of the performance highlights on 'The Privilege of Power'.

"On the live front, we've just been confirmed for the Metalway Festival in Zaragoza, Spain. This is a massive 4-day double weekend metal event scheduled for June 20/21 and 26/27, respectively, that features a who's who of metal, including HEAVEN AND HELL, MOTÖRHEAD, TWISTED SISTER, SAXON and many more. We don't have a set date yet but we will be playing on the first weekend on either the 20th or 21st." 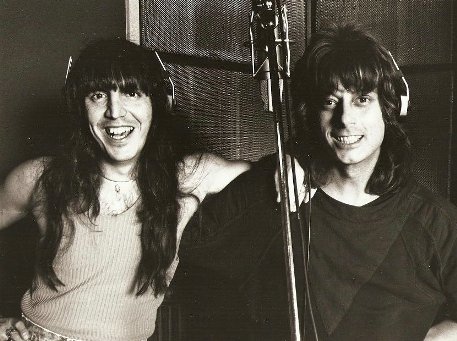