Giving an official release to some wonderful historic concerts previously only available to a few people, keyboard legend Rick Wakeman will release "Box Of Boots: Set Of 10 Live CDs: Official Bootleg Series" on December 2. This is a response to these concerts being heavily bootlegged throughout the years and continuing the trend of Frank Zappa, Bob Dylan, Neil Young, PEARL JAM... Rick has decided to make stand against the bootleggers and supply official bootlegs which have been cleaned up in the studio, packaged in a great way at a fraction of the price saving fans from buying them off the black market.

The box set is a limited edition of 1,000 units. Each contains a signed and numbered certificate.

Keyboardist, songwriter, producer, television and radio presenter, and author, Rick Wakeman is best known for his work with progressive rock band YES, which spans across five tenures between 1971 and 2004 and for his solo albums released in the 1970s. Wakeman's discography includes over 90 solo albums that range from several musical styles. He has made many television and radio appearances; in recent years he became known for his contributions to the BBC comedy series "Grumpy Old Men", "Watchdog" and his radio show on Planet Rock that aired from 2005 to 2010. Wakeman has written three books; an autobiography and two memoirs. In 2017, Wakeman was inducted into the Rock And Roll Hall Of Fame as a member of YES.

To pre-order "Box Of Boots: Set of 10 Live CDs: Official Bootleg Series", go to this location. 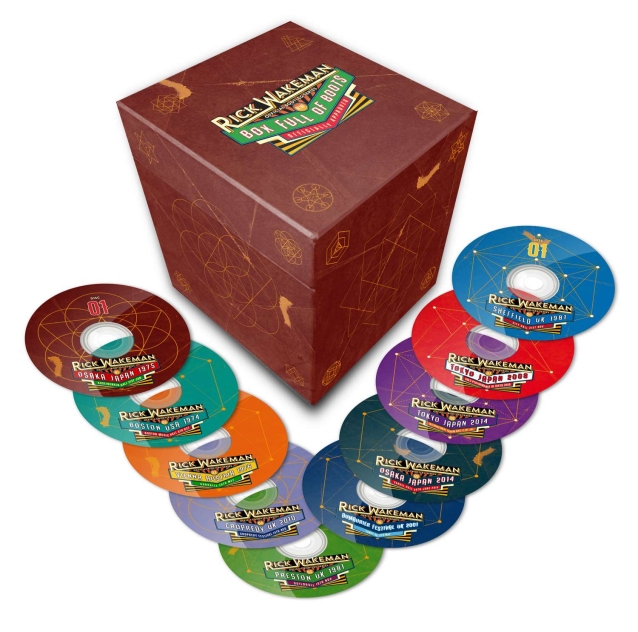