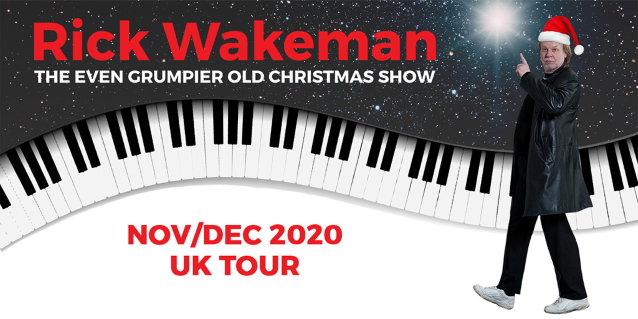 Rick Wakeman has announced "The Even Grumpier Old Christmas Show 2020", an evening of music and laughter — and grumpiness!

Rick's back — and even grumpier than last year! Following 2019's sell-out Christmas tour, the keyboard wizard will embark on another festive foray around the U.K., visiting some of the cities he didn't get to the first time around. "The Even Grumpier Old Christmas Show" will kick off on November 27 at London’s Cadogan Hall and continue to Dorking, Basingstoke, Leicester, Birmingham, Gateshead, Manchester, Middlesbrough, Edinburgh, Bradford, Hull, Southend, Cambridge, High Wycombe, Southampton, Salisbury and Bexhill.

Both as a member of YES and as a solo artist, Rick Wakeman is known across the world for his virtuosity, creative flair and wicked sense of humour. A true rock legend, with over 50 million albums sold in five decades, his music continues to reach new generations of fans.

Fans of his solo concerts will already know that they combine spellbinding piano music with side-splitting stories and revealing insights into his lengthy and varied career. New fans should expect an evening of superb musicianship, featuring tracks from last year's release "Christmas Portraits" — Rick's instrumental arrangements of traditional festive tunes — as well as music from YES, his own solo epics and early Bowie hits, plus fantastic arrangements of THE BEATLES tunes, and much, much more, interspersed with knockabout (and sometimes bawdy!) humor.

"The Even Grumpier Old Christmas Show" is guaranteed to round off what has been a stressful year for everyone with an entertaining evening of glorious piano music and hilarious fun. 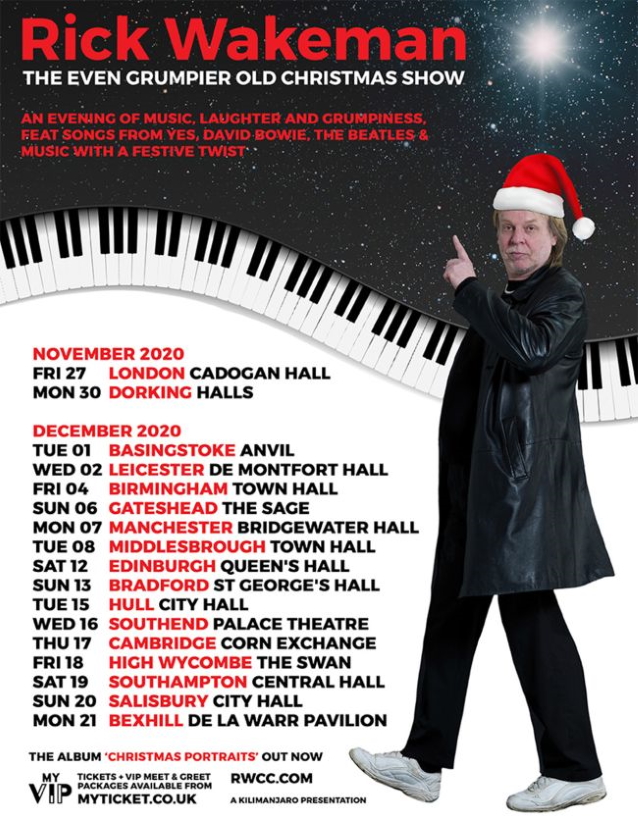