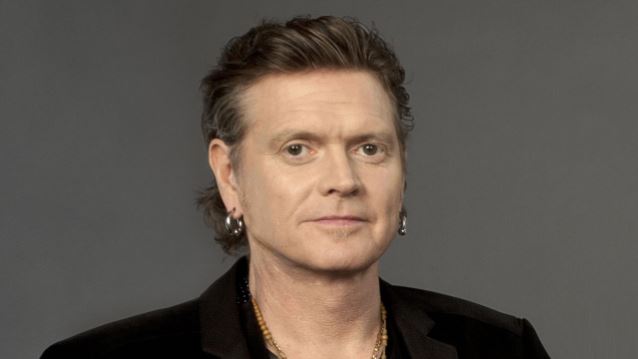 Rick Allen will be making two very special appearances at these two charitable events at two Wentworth Galleries on Saturday, January 16. A portion of the proceeds from each and every sale will be donated back to Project Resiliency's Warrior Resiliency Program, sponsored by Rick's charity foundation the Raven Drum Foundation, and each purchaser will receive a limited edition hand-signed commemorative Purple Heart piece.

The images captured in "Angels And Icons" "were taken during meaningful times with the family," Rick told myPalmBeachPost. "Some were taken while in Dublin while spending time with my father, who I lost about four years ago. A lot of that conjures up those memories from a time I can't necessarily experience again. It's a great way to just remember all those wonderful times, good things that come about between father and son."

Regarding his inspiration for painting and taking pictures, Allen said: "While I'm out [on tour], I'm constantly planning out what I'd like to do, whether that's planning imagery or taking photographs. Recently I was out taking photos of iconic aspects of London, which is always close to my heart. When I get home, I start painting, in whatever form that comes out. Sometimes it's just an image that I start painting on top of, or some more graphic pieces like flags. There's quite a bit of math involved to get the things worked out and put on canvas. And then sometimes, it's just straight paint."