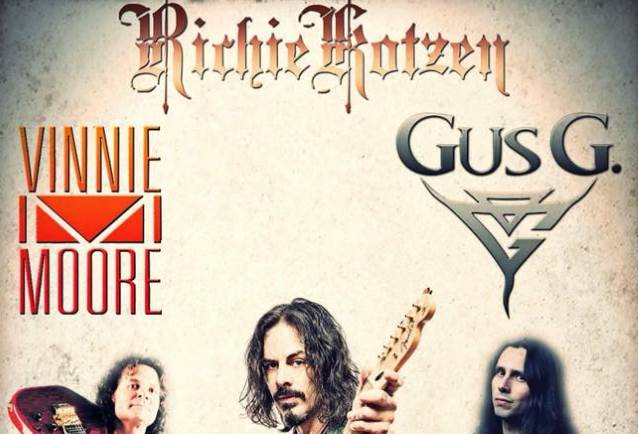 Guitar legends Richie Kotzen, Vinnie Moore and Gus G. will join forces for a 10-date U.S. tour in the fall. Prior to the trek, Vinnie and Gus will play four shows in Texas without Kotzen.

Kotzen's 21st solo album, "Salting Earth", was released in April 2017 via his own custom label, Headroom-Inc. The disc veers from the balls-out, heads-up declaration of the opening track and first single, "End Of Earth", to the burning-sky harmonic thrust of "Thunder" to the Prince-like funk-jazz swing of "This Is Life" to the acoustified take-me-as-I-am self-reflection of the album's final song, "Grammy".

Vinnie has released eight critically acclaimed solo albums; six albums and one DVD as a member of rock royalty legends UFO; and one album with band RED ZONE RIDER. His solo and UFO releases as well as live performances have amassed rave reviews all around the globe from both fans and music press, inspiring guitarists worldwide and launching him into aerial guitar superhero distinction. 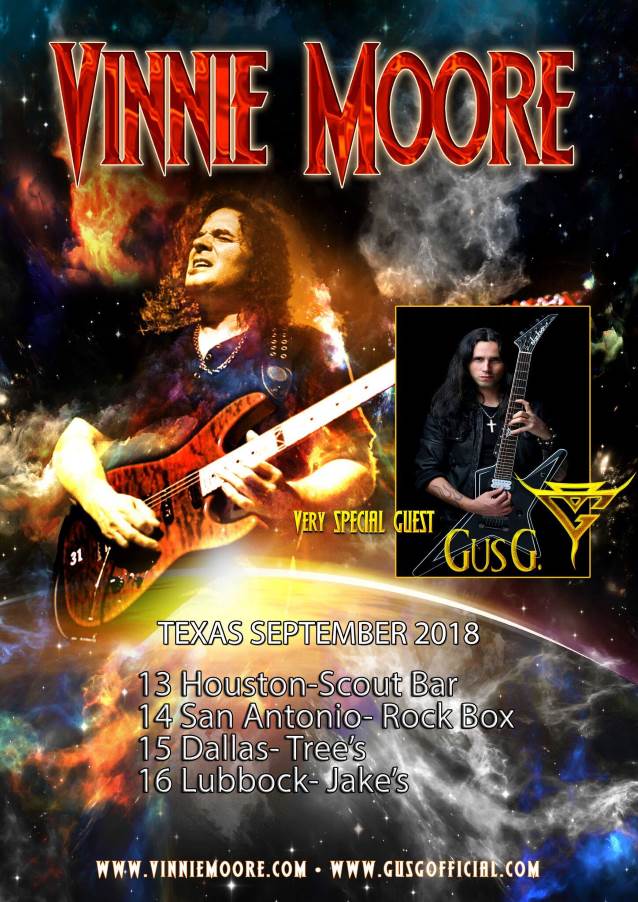 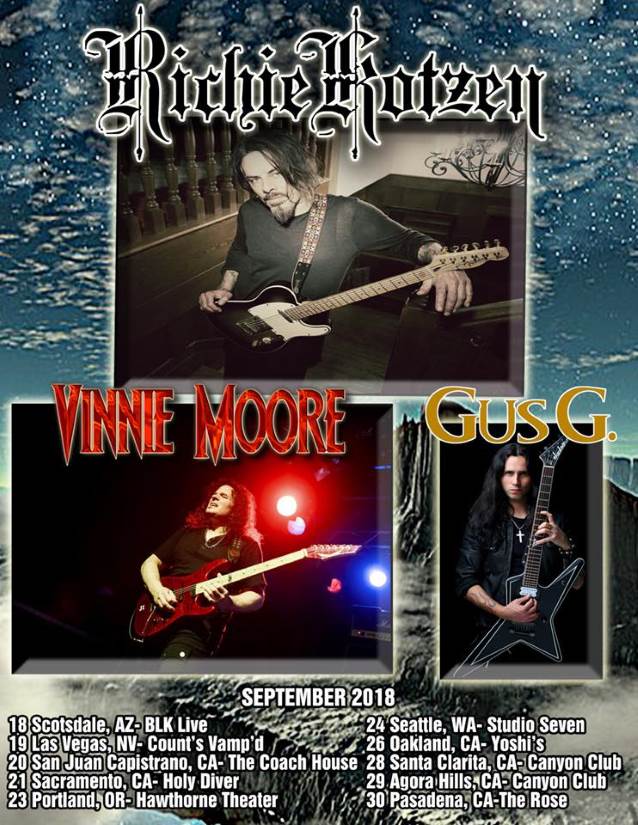