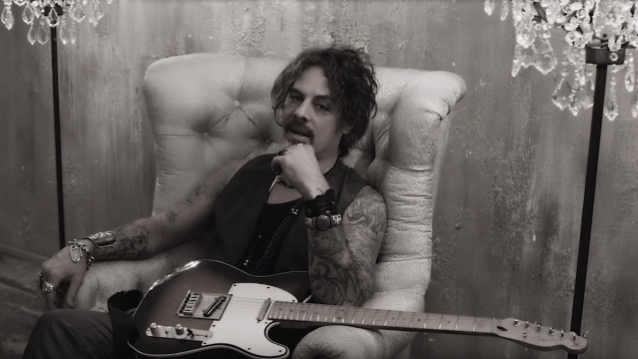 Guitarist Richie Kotzen (THE WINERY DOGS, POISON, MR. BIG) has released the official music video for his new single, "Venom". Check it out below.

Kotzen recently told SiriusXM's "Trunk Nation" that he was working on material for a possible new solo album. "I think that's what's happening," he said. "I just have such a relaxed attitude about it, which I think is kind of good. Only 'cause I have so many records that I've put out — be it with bands or solo or whatever — so I don't feel like I'm under any kind of pressure to have to make a record, 'cause I have enough material that I can keep touring and change the show. Each time I do a tour, I could do a different show. But I do have a couple of new songs, and I have one that I really like that I think would be a great candidate to lead the record with. So I'm gonna make a video for that, and probably hang on to that until I feel like either I have a record, or if I don't, I'll just put out a single."

In May, Kotzen re-teamed with Sheehan and Portnoy for a month-long American tour with THE WINERY DOGS.