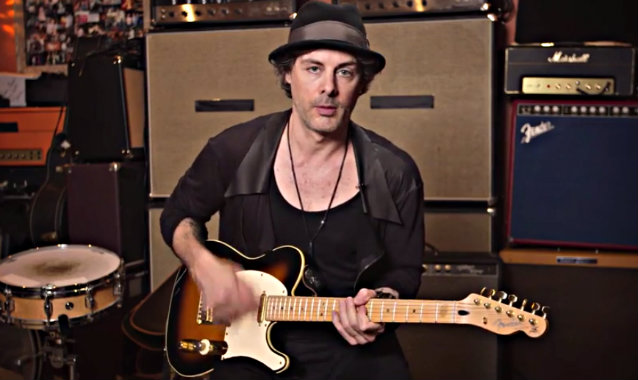 Brazil's Wikimetal podcast recently conducted an interview with guitarist/vocalist Richie Kotzen (THE WINERY DOGS, MR. BIG, POISON). You can now listen to the chat using the SoundCloud widget below.

When Richie Kotzen plays his guitar, you know it's him. The guitar virtuoso, singer and songwriter possesses an inimitable style that's both instantly recognizable and immediately striking. This unique style courses through "The Essential Richie Kotzen", a career retrospective collection set for release September 2 on Loud & Proud Records. It encompasses this iconic talent's entire career of his most essential work and includes two CDs of classic material, acoustic performances, bootleg material and two brand new songs ("War Paint" and "Walk With Me"), and a DVD of music videos, acoustic performances and bootleg material. A three-song sampler, including the two new songs along with "Lie To Me", is being serviced to rock radio stations later this month.

Kotzen personally curated "The Essential Richie Kotzen" from his 18 solo albums in order to give listeners the most comprehensive, cohesive and concise introduction to his extensive body of work. "I've really changed and grown as an artist and as a person," he says. "I hand-selected songs so newcomers can get into my music and learn who I am as a recording artist."

"War Paint" builds from an opening bluesy riff into a bombastic chorus punctuated by Kotzen's gravelly delivery and impeccable lead playing. He explains, "It was a challenge to make a studio recording sound like a live band with only one musician playing all the instruments. I think I accomplished that on this track." At the same time, "Walk With Me" sees Kotzen evolving once more and incorporating a Theremin, an antique electronic instrument, into an emotive and engaging anthem. "There was a specific sound I was hearing in the song," he reveals. "I realized it was a Theremin, so I bought one. I spent a couple of weeks learning it. I used that where the lead guitar would normally go. It was a really rewarding departure for me."

With his guitar styles ranging from rock, blues, jazz and fusion to pop and soul, Richie Kotzen has built a remarkably diverse 20-year career as a guitarist, singer and songwriter. During that span, Kotzen toured with his trio extensively outside the United States, building a loyal fan base and selling out shows throughout Europe, Latin America, and Japan. In 1996, Fender guitars honored him with not one, but two signature model guitars. His signature model Telecaster is available worldwide and continues to be a top seller for the brand. In 2006, Kotzen received one of his biggest personal honors when THE ROLLING STONES chose him to open up a string of Japanese shows, placing him in front of some of his biggest crowds to date. He has not only built an incredibly successful solo career, but has also found himself writing, recording and playing live with a variety of different artists, including jazz legends Stanley Clarke and Lenny White. He currently plays guitar and fronts the band THE WINERY DOGS with bassist Billy Sheehan and drummer Mike Portnoy (the band's self-titled debut album debuted at #27 on The Billboard 200 chart).

With his 20th full-length solo album on the horizon for 2015 as well as countless gigs, Richie Kotzen's legacy is only continuing to expand. "When you perform, record or write, you go to a different place," he concludes. "It's another world. I love hearing people react to the music and lyrics. That's the ultimate reward." 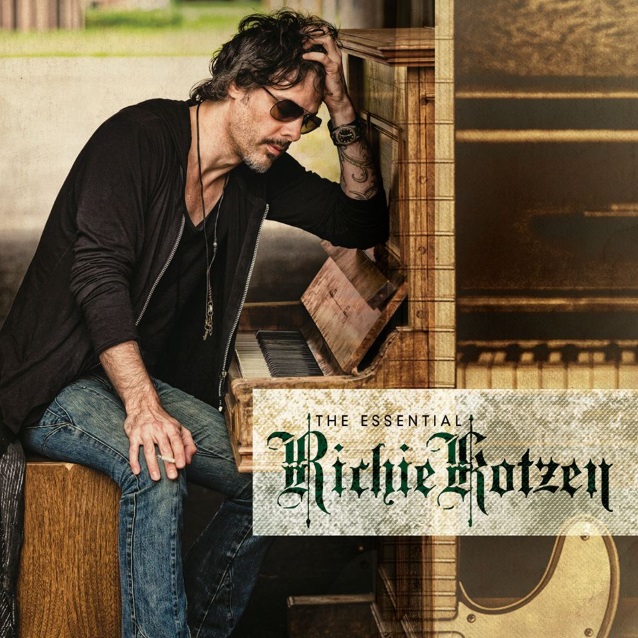