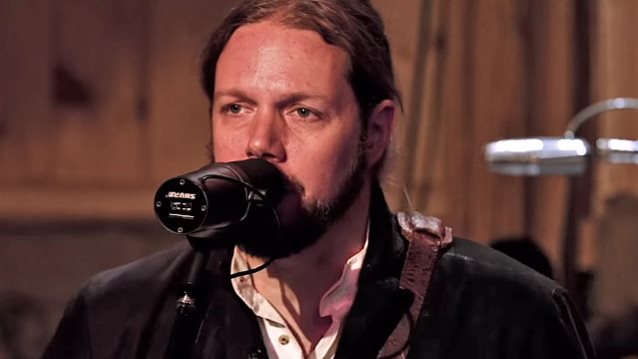 Rich Robinson, the celebrated guitarist and co-founding member of THE BLACK CROWES, will issue new expanded catalog releases from his solo career via Eagle Rock Entertainment. These CD, LP, and digital formats will lead up to the May 2016 release of Robinson's new solo album.

These newly re-imagined albums — "Paper", "Llama Blues" (February 26), "Through A Crooked Sun", and "Woodstock Sessions" (April 15) — include previously unreleased tracks and penned essays from Robinson himself. The LP versions will be issued as colored vinyl: "Llama Blues" in blue, "Paper" in red, "Through A Crooked Sun" in white, and "Woodstock Sessions" in brown.

In the aftermath of THE BLACK CROWES' dissolution in 2001, Robinson set out to realize his first solo album. Originally recorded in New York City in 2002, "Paper" was released in 2004. With its release — complete with an original painting by Robinson serving at its cover artwork — "Paper" showcased an array of diverse musical influences and superb guitar world. Eight years later, the 2" master tapes for "Paper", which were housed at Robinson's New Jersey storage facility along with his gear, fell victim to Hurricane Sandy. When the opportunity came to include the album as part of this catalog initiative, Robinson approached the restoration of these masters with fresh ears: he recorded new vocals, changed the sequencing, and remixed / remastered the album. Packaged with three previously unreleased tracks from these 2004 sessions, the February 26 release is the completely re-imagined version of "Paper".

Robinson's second full-length solo album, "Through A Crooked Sun", was conceived amidst an extended break from THE BLACK CROWES, and was released in 2011. Recorded at Applehead Studios in Woodstock, New York, this record enjoyed wide acclaim from Robinson's worldwide audience and represented a progression in his direction as a solo artist.

The "Llama Blues" EP, which boasted blues-based songs, was previously limited to 1,000 CDs when it was released in 2013. This album quickly became a prized commodity for Robinson fans who reveled in the guitarist's embrace of the blues idiom. Robinson captured the spirit of the blues pioneers who had inspired him, recording the sessions in a small room with one vintage RCA ribbon microphone.

"Woodstock Sessions", originally released in November 2014, captures Robinson and his band performing live before an intimate audience at Applehead Studios. The album was recorded over two days, with two sets per day — one acoustic, one electric. Through the recording, the fans were just as much a part of the album's creation as the band. They interacted with the band, and witnessed the artist's creative process in a manner that most never get to experience. Robinson deftly mixed staples from his solo career with superb rendition of such signature classics as "Got To Get Better In A Little While" (which makes its debut on this expanded edition) and THE VELVET UNDERGROUND's "Oh! Sweet Nuthin'". This experiment, breaking down the barriers between musician and fan, is what makes "Woodstock Sessions" so special.

Additionally, a limited-edition 7" of "Oh! Sweet Nuthin'" press on blue vinyl was released on Black Friday Record Store Day and quickly sold out. 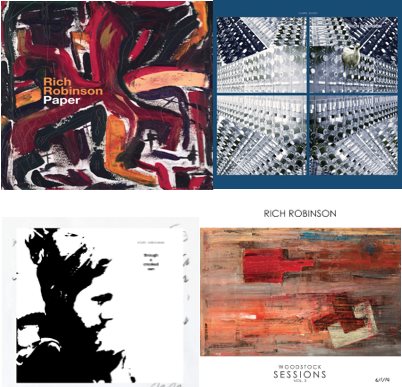