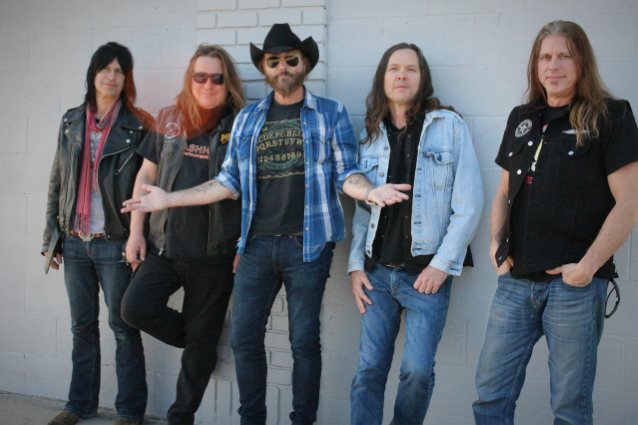 "We never did a ballad. Never will," states RHINO BUCKET singer/rhythm guitarist Georg Dolivo. And the dozen songs on RHINO BUCKET's aptly titled seventh studio album bear witness to his statement: The dirty dozen tunes on "The Last Real Rock 'N' Roll" are no-holds-barred rockers boasting irresistible sing-along choruses, stellar solos, and gut-roiling rhythm section, making for riff-tastic bluesy bar-band rampage. If you don't stomp your feet to "Falling Down The Stairs" and bang your head to "The Devil You Know", check your pulse.

The irresistible "Last Call" boasts stellar female backup vocals and Hammond B3 organ for a bit of a stylistic departure, which leads Dolivo to laugh, "Are we in danger of growing up?" The answer is still an emphatic "no." RHINO BUCKET has lost none of the hunger, propulsion, beer drinkin' 'n' hell-raising that they began with in 1988, leading Jesse Fink, author of "The Youngs: The Brothers Who Built AC/DC", to boldly state: "More than any other band, RHINO BUCKET has awakened the ghost of Bon Scott. His spirit lives in their music. They're more AC/DC than AC/DC — and that's saying something."

"The Last Real Rock 'N' Roll" was produced by SUPERSUCKERS frontman Eddie Spaghetti, whom RHINO BUCKET first met when the bands toured North America together in 2006. "We got to know Eddie and really got along. We had great respect for his talent, especially as a songcrafter, and when we got into the studio he was such the positive force," says Dolivo. "He really understood the band and helped us elevate the songs." The band sequestered at Studio 64 in Highland Park, California for about a month with Spaghetti to lay down "The Last Real Rock 'N' Roll", leaving egos at the door, and turning amps up to 11.

"The Last Real Rock 'N' Roll" is RHINO BUCKET's first album since 2011's "Who's Got Mine". Featuring founding members Dolivo and bassist Reeve Downes; renowned guitarist Brian "Damage" Forsythe (of KIX fame), who's been with the BUCKET for more than 15 years; and drummer, Dave DuCey, the quartet's years of road work show in the drum-tight playing and vibe.

Loud, proud and unapologetic, RHINO BUCKET signed with Warner Brothers/Reprise in 1989 and recorded two albums with the label. Their song "Ride With Yourself" from their second LP, "Get Used To It", was featured in the hit movie "Wayne's World". After parting ways with Warner Brothers, Simon Wright (AC/DC, DIO) joined the band for the next album, "Pain" (1994). In 1996, the band took a hiatus but roared back to life in 2001 when guitarist Brian "Damage" Forsythe of KIX joined up. The past dozen years have seen the band record the soundtrack for cult stoner film "Rolling Kansas", and place songs in several movies, including "Welcome To Hell" in "The Wrestler" and the title track to "The Outdoorsmen: Blood, Sweat And Beers". RHINO BUCKET teamed up with Acetate Records in 2006 and has released three all-original albums since then: "And Then It Got Ugly" (2006), "The Hardest Town" (2009) and "Who's Got Mine?" (2011), along with two compilation albums, "No Song Left Behind" and "Pain And Suffering" (both 2007).

The interim between "Who's Got Mine?" and "The Last Real Rock 'N' Roll" proved fortuitous, as Dolivo explains: "Sometimes you just to wait for the stars to align. We has numerous starts and stops throughout the years, but it never felt right until we got Eddie on board and the right batch of songs to chose from." Additionally, RHINO BUCKET were (and remain) in constant motion — "like 43 gigs in 46 days, with 21 in a row to start the tour. Several Monsters Of Rock cruises and countless other gigs all over the world. It took a while but we didn't want to rush or push anything, the if I may be so humble, we think the results were worth waiting for." From the opening entreaty of "Hello Citizens" where RHINO BUCKET urge fans to join them on their rockin' "revolution" (a call to arms in the spirit of AC/DC's "For Those About To Rock" and CHEAP TRICK's "Hello There"), the band rallies the troops with such relatable, irresistible rock anthems as "Last Call", "Swing And A Miss" and "I'm Your Doctor".

While Dolivo writes a majority of the lyrics, three of the songs were co-written with original guitarist and co-founder Greg Fields, with Dolivo observing, "It was nice to combine the beginning spirit of the band with where we are now."

RHINO BUCKET are survivors, stalwarts in a scene that's fickle and ever-changing. As Dolivo recalls with a laugh, "The days of 'Let's go to Hollywood and be a band and get mansions and Lamborghinis' is long gone in L.A. — and everywhere. But if you still have the passion — and we do — you find a way to survive."

RHINO BUCKET are humbled by their faithful fans, longevity, and consistent creativity, as Dolivo concludes, "We've seen the world together and are still friends. It's a miracle, right? Brian joining the band after Greg left was a godsend, as was Dave. Musically we all have our shit down, and finally we have four guys who all have the same goal: To simply be the best RHINO BUCKET that we can." 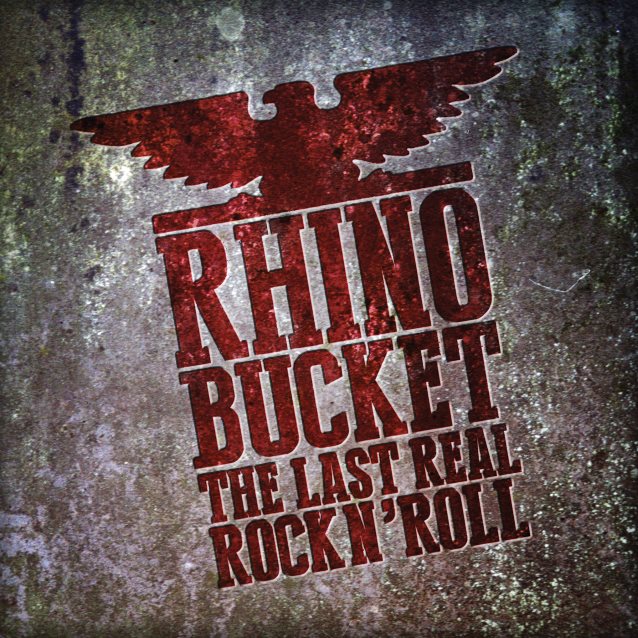