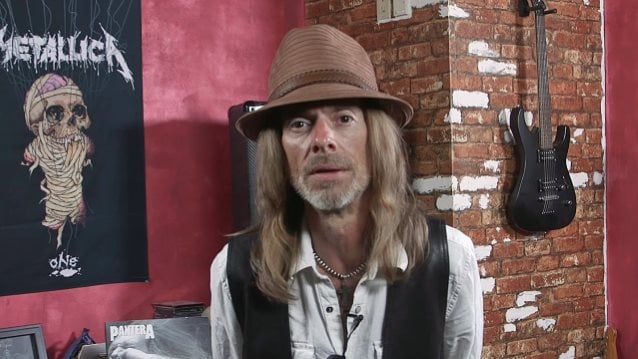 The co-writer of Rex Brown's memoir has disputed the former PANTERA bassist's claim that the book contains passages that were published without Rex's consent.

Four years after "Official Truth, 101 Proof: The Inside Story Of Pantera" was released, Brown has been publicly critical of the way his autobiography turned out, saying in recent interviews that the book's publication is partly to blame for the deterioration of his relationship with another former PANTERA member, drummer Vinnie Paul Abbott.

"There was a bunch of shit in my book that was not supposed to be in that book, and I went through ten different edits and they put it in there anyway, and it left a fucking bit of sour in some people's mouths," Rex told the "Trunk Nation" radio show earlier this week.

Brown's latest comments echo those he made during an online chat last month. Asked what inspired him to write his memoir, Rex said: "That was just at a time where someone had come to me about a book offer and I said, 'I don't really wanna do one.' But I had a lot of stuff, being one that really didn't ever say anything to the press or… To me, it's all about the songs, about the jam." He continued: "It was [written] at a time of my life, and some of the stuff that was said in there shouldn't have been printed; it was taken off the cuff. But I think, in general, that's where I was at that time."

Earlier today, Brown's "Official Truth, 101 Proof" co-writer, Scottish author Mark Eglinton, tweeted a response to Brown's latest claims. He wrote: "Just to be totally clear and fair: there's nothing in the book that shouldn't have been. It was all signed off. I was there."

In a 2013 interview with MetalSucks, former PANTERA singer Philip Anselmo was asked for his opinion of "Official Truth, 101 Proof: The Inside Story Of Pantera". He said: "Honestly, [Rex's] assessment of me [in the book] — I don't care. Egotistical, self-centered, everything is always about me. Y'know what? I'm a lead singer and he's a bass player. That's his perception. So I'm fine with it. I don't hold any fucking grudges. But I think he did take some angry swipes and I don't need to be specific. There is a great deal of mythology when it comes to his 'quitting' DOWN. That particular chapter is a little disturbing."

Anselmo also commented on the fact that Vinnie Paul was at times painted in a very negative light in Rex's book.

Brown defended his comments about Vinnie Paul during a 2013 interview with the "Energize With Lonn Friend" podcast. After revealing that he sent his book to Anselmo and Vinnie Paul, the bassist said: "Apparently, Vinnie isn't very flattered by it. Vinnie, then, he can write his own fucking book, you know. With Philip, I haven't heard any rebuttals, but I didn't say anything in the book that wasn't already out there, you know what I'm saying?!"

He added: "I think the reason they haven't talked to me is 'cause it is the fucking truth. And sometimes you don't wanna tell the truth. And I didn't go out of my way to maliciously hurt any individual. But at the same time, if you're gonna tell the truth, by God, you'd better be on the skinny. And I think Mark Eglinton, that did this thing with me, he really just kind of…. He put me down… You know how you have your dreams that you had in high school when you're just… you're in your underwear. That's the way I felt with this book. If [you're] not [being completely truthful in your memoir], I think it's all a bunch of charade… And why would you wanna do that?"

Asked about the way he was depicted in "Official Truth, 101 Proof", Vinnie Paul told "Rover's Morning Glory": "All I can say is that… I'll refer to Philip's comment about Rex's book. A bunch of mythology, man. We don't know where he came up with all this. More power to him, man."

Former PANTERA guitarist "Dimebag" Darrell Abbott, who was Vinnie Paul's brother, was shot and killed by a crazed gunman while performing with DAMAGEPLAN at a Columbus, Ohio rock club in December 2004.

Just to be totally clear and fair: there's nothing in the book that shouldn't have been. It was all signed off. I was there. pic.twitter.com/PMDZoA8UZa 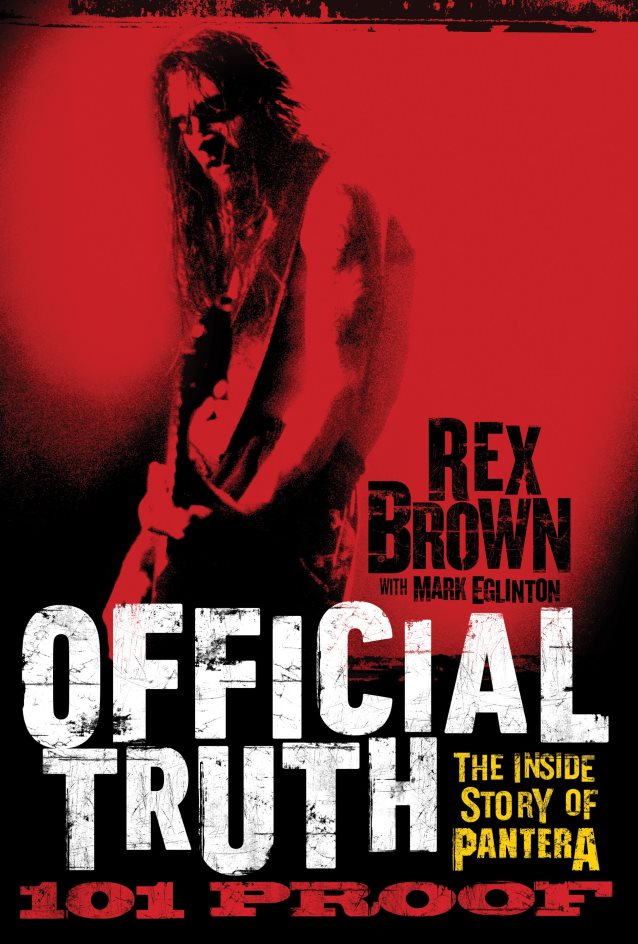